As a couple of entrepreneurs that love various outdoor activities, Zach and Alyssa came onto to pitch their vehicle accessory known as the Moki Door Step. This innovative accessory is ideal for shorter people who struggle to reach the roof of their car to mount kayaks and other accessories. Before we take a look at our modern-day Moki Door Step update, let’s see whether Zach and Alyssa were able to secure a deal with any of the sharks.

Alyssa told the sharks that their initial Kickstarter campaign generated just over $100,000 in sales over the course of 30 days. The landed cost per unit is just over $10 while they explored their possible product price point at various camping shows. Their product seemed to do well at around $40, according to Zach. 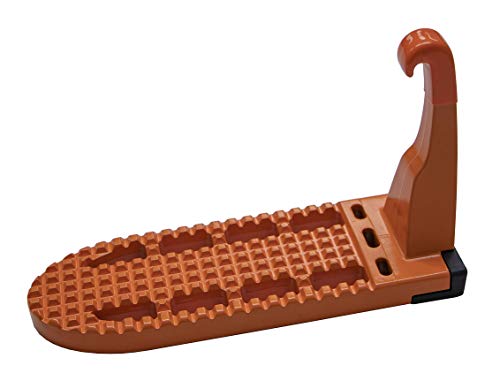 The sharks were not pleased to hear that Zach’s uncle was currently receiving $1 per unit for nearly two decades. Kevin O’Leary believed that other companies would knock off the product, so he dropped out first. Daymond John decided to offer $450,000 for 20% equity, a larger chunk of cash, and more equity in return.

Now let’s see how the Moki Door Step update reveals the progress the company has made since its appearance on . Unfortunately, the final sale of the company with Daymond never materialized, but the company’s products are still being sold across North America in stores such as Dick’s Sporting Goods.

Its website is still up and running, which is a good sign as well. In addition to being sold in retail stores, the Moki Door Step and its products can conveniently be found on Amazon’s marketplace as well.