Emma Rose Cohen and Miles Pepper came into the as the third official pitch for Season 10. With a strong vision of protecting sea creatures and limiting the use of traditional straws, they demonstrated how important it could be to use FinalStraw’s innovative and environmentally-friendly reusable straw. Before diving into the FinalStraw update, let’s take a closer look at how they fared on .

After passing out samples to each of the sharks, important negotiations and discussions began between Emma, Miles, and each of the five sharks. The sharks were initially interested in learning about the margins for producing and selling the straw. Miles revealed that a straw costs $5.00 to make and is sold for four times that amount at $19.99. 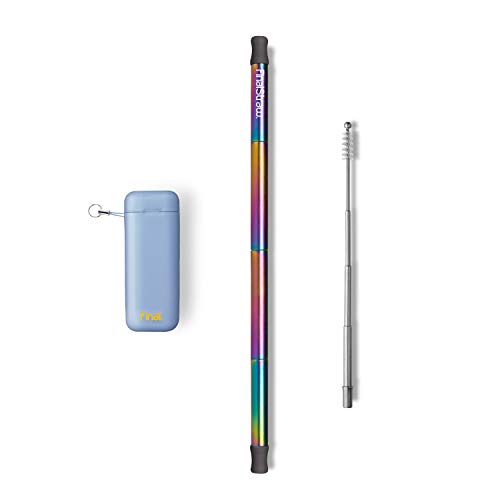 While Lori Greiner believed in the company’s vision, she didn’t believe that the product was right for her as an investor. She didn’t see enough proof that FinalStraw was the ‘future of straws’, and therefore she was the first shark to drop out.

Kevin O’Leary jumped in to make an offer to the duo on stage. His offer was $625,000 for 10% equity in FinalStraw and an additional $2.00 royalty until he makes roughly three times his money back. Daymond John followed Lori by dropping out because he didn’t believe the company could scale as large as needed for it to be a profitable investment.

As sharks continued to drop out, Kevin O’Leary grew impatient and retracted his offer. He would drop out and that would leave only Mark Cuban, who admittedly had several concerns about FinalStraw in the first place. He made an offer of $625,000 for 25% because he had so many concerns, which was the last and best option that FinalStraw had at achieving a deal on .  Emma counter offered at $625,000 for 12.5% and Mark immediately dropped out and declined the counter offer.

Now let’s take a look at a FinalStraw update about how their company has grown since the appearance on . In 2019, they managed to bring in more than $10 million in total company revenue and took the opportunity to expand their product line to spoons, forks, and knives. The products can be found in several retailers as well as online. They continue to have an average revenue of $8 million per year and are continuing to expand their product line.

While they weren’t able to strike a deal in their episode of , they have managed to successfully grow and expand their company by introducing new product ideas and continuing to offer a successful alternative to traditional plastic straws. The future remains bright, and we are looking forward to another FinalStraw update as they continue to explore new and innovative ideas for their company.