Live music is great, but it can quickly lead to hearing damage. When Jackson Mann came to in Season 8, he had a product that could reduce the decibels in live music but maintain the quality. Unfortunately, Jackson walked away without a deal. You’ll learn all about where the company is now with our Vibes update.

Vibes Earplugs were created to prevent hearing damage from live music performances. Concerts can damage your hearing fairly quickly, and foam earplugs muffle the sound, which can ruin the experience. Vibes, on the other hand, filter the audio, reduce the decibel values, and allow you to enjoy loud music without harming your ears.

When Jackson Mann came to , he brought a brass band with him to demonstrate how well the Vibes Earplugs worked. The sharks were amazed at the difference, and the fact that the earplugs didn’t muffle the sound at all. They all agreed that the earplugs were even comfortable to wear. 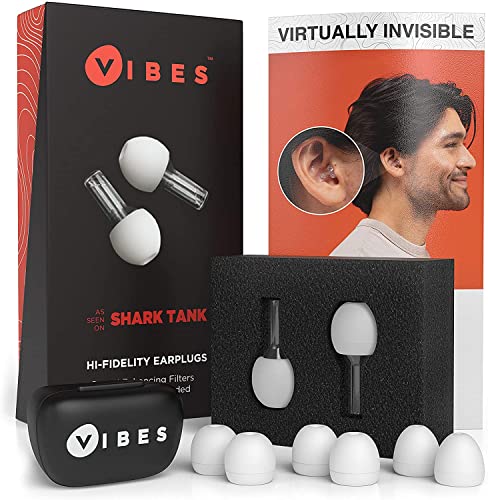 But the sharks did have some issues with the company overall. Kevin O’Leary stated that these already existed and that competitors were selling them for less. In the five months he’d been in business, Jackson had only done about $30,000 in sales.

Mark Cuban was the first to drop out because he didn’t think it was a big enough market. Guest Shark Chris Sacca thought that concertgoers would need to buy these at the point of use. Otherwise, they would forget them. He didn’t know how to solve that problem, so he went out as well.

Barbara Corcoran, on the other hand, stated that she didn’t think Jackson was a very good salesman. As a result, she dropped out. Lori Greiner said the product would be a hard sell, so she followed her fellow sharks.

This left Kevin as the last shark that could potentially make a deal. He stated that there was nothing proprietary about it. Still, he offered $100,000 for 3% equity and a $2/pair royalty until he recouped his investment. He informed Jackson firmly that he would not negotiate.

Unfortunately, Jackson was not interested in a royalty deal. He declined Kevin’s offer and left without a shark. But where is the company now? Keep reading our Vibes update to find out.

There’s good news for Vibes! After facing some inventory issues, Jackson recovered and is now always in stock at Amazon. The earplugs, which were meant to be used by concertgoers, are also great for people with sensory processing disorders. Vibes has expanded into this market as well.

Our Vibes update research turned over some new information about the company’s sales. Today, Vibes has reduced the price of their earbuds. They have long since passed the $1 million mark in sales, and continue to make multiple millions in sales each year.

Curious about the other product updates from Season 8 Episode 14? Look no further:

For more company updates from Season 8, check out our Season 8 products page.