The Clark family appeared on Season 12 to pitch their company, Tandem Boogie, to the sharks. This family-owned business sells boogie boards for two and landed a deal with Robert Herjavec and Daniel Lubetzky. In this article, you’ll find a Tandem Boogie update and recap from the tank!

Tandem Boogie was featured on Season 12 Episode 17 and pitched by the Clark family. After raising their family near the beach, the Clark’s have created a boogie board for two, that allows multiple people to ride the same wave. It can be deflated to fit in a carrying bag and once inflated can hold an adult and a child or two adults! 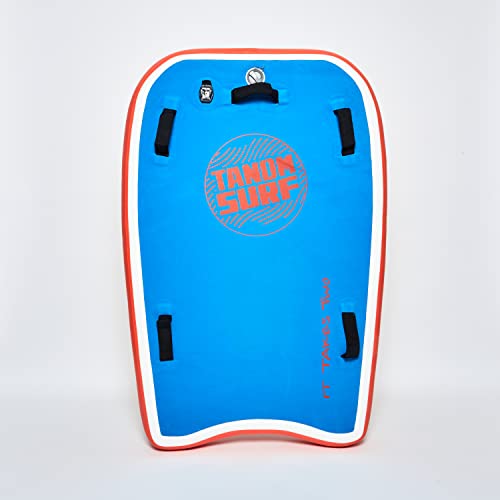 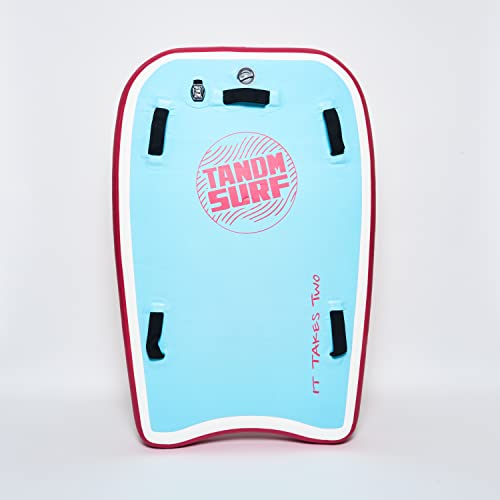 At the time of the pitch on , Tandem Boogie had only been in business for two months. During that time, they managed to sell $43,000 worth of boogie boards, with $31,000 of that coming from a successful Kickstarter campaign. Going forward, the family shared that the plan is to expand their online presence and try to land in some beach-related retail stores. At the time of the pitch, it cost $150 to manufacture a board, and it retailed for $459.

This was enough to interest Robert Herjavec and Daniel Lubetzky who teamed up and offered the Clark family $100,000 for 35% equity in Tandem Boogie. The family tried negotiating it down to 30%, but Robert and Daniel held firm, so the Clark family accepted their initial offer and left with a deal!

In terms of a Tandem Boogie update, it looks like the company has expanded its product line to include a surfboard and flippers. As the Clark’s get set up with Robert and Daniel, they will likely be working to increase their online presence and land some retail partners.

If we get more news on a Tandem Boogie update, we’ll be sure to let you know! Before you go, check out some other company updates from Season 12 Episode 17!