Kelsey Witherow came onto with the hopes of convincing the sharks to invest $450,000 of their own money into her business, Doughp, a high-quality cookie dough bar. Kelsey was willing to sell 10% equity in her company, but was this equity amount enough to excite the sharks? We’ll find out as we take you step-by-step how the negotiations went on before shifting our focus to the present-day Doughp update.

Doughp currently has one well-established location in San Francisco, according to Kelsey and she expressed her interest in expanding with the help of the shark’s financial investment. Kelsey told the sharks that the company generates about $1,100 per square foot. The company also has more than $850,000 in gross revenue sales with a net-income ratio of about 35%. 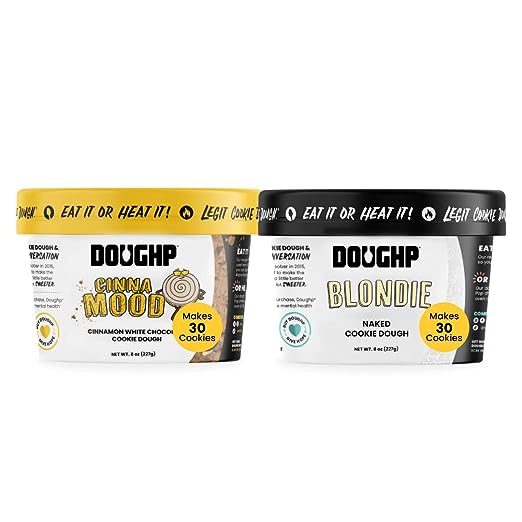 Kelsey really impressed the sharks when she told them that a single scoop of cookie dough costs $6 to customers, but only costs the company about $.70. She also told the sharks that she was projecting more than $2 million in revenue.

Robert Herjavec told Kelsey that he simply didn’t like cookie dough and didn’t want anything to do with the business, so he dropped out without making an offer. Barbara Corcoran dropped out for this reason as well. Lori Greiner was hoping that there would be healthier options or variations, but since Doughp doesn’t have any healthy alternatives, she also decided to drop out.

The remaining sharks also dropped out because they disagreed with the company’s valuation and didn’t believe that it was a healthy food choice. While Kelsey left without a deal in Season 10, let’s get a Doughp update to see what the company’s been up to since the appearance.

The COVID-19 pandemic was tough for Doughp, but could it have been a blessing in disguise? In-person operations at cookie dough bars came to an end during the pandemic, but the company shifted its focus to retailers like Amazon and Walmart and has managed to generate more than $10 million in gross revenue. The company still has an active website where consumers can buy the product as well.