Billy Thompson and Randy Choi of Thompson Tee got a chance to pitch their clothing company on Season 8. They asked for $700,000 for 7% equity, and after getting offers from multiple sharks, they ultimately went with Robert Herjavec’s offer of $700,000 for 25% equity. As you’ll soon learn in our Thompson Tee update, the company has done extremely well since.

Thompson Tee uses “sweat-proof” technology to address the awkward sweat stains that appear on most shirts. The patented sweat-proof undershirt company projected $4 million in sales the year that they were pitching on . 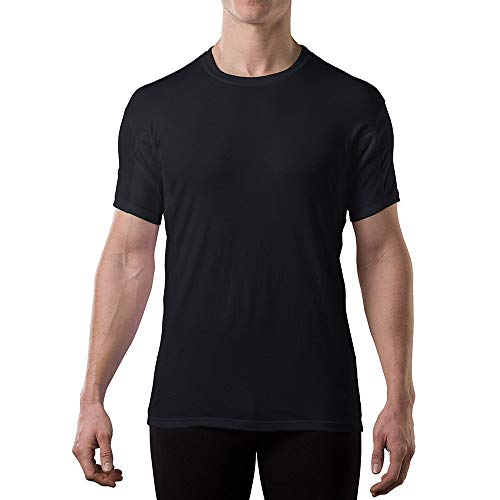 Lifetime sales were $2.6 million for the company, and with both numbers and a proven product backing them up, it didn’t take long for the offers from the sharks to come in droves.

One of the first to speak to Billy and Randy was Kevin O’Leary, who referred to Thompson Tee’s undershirt as an “armpit diaper.” Meanwhile, Robert Herjavec worried that the product didn’t have massive appeal and that the valuation was too high. As for Mark Cuban, he saw Thompson Tee as more of a marketing gimmick.

Eventually, the sharks dropped out one by one. Kevin didn’t think that the t-shirt was anything special, so he went out. Daymond John followed, stating that its inventory issue felt too complicated for him. Mark repeated himself by saying that Thompson Tee wasn’t in the right business for him before going out. Lori Greiner thought the product was good but went out anyway.

Thompson Tee boomed as a result of its exposure from , appearing on several outlets and selling far more than expected. In 2017, Thompson Tee reportedly made $9 million in total revenue. As of 2021, Thompson Tee enjoys annual revenue of somewhere around $10 million a year.

Check out our other company updates from Season 8 Episode 23 below:

Before you go, take a look at the other company updates from Season 8 on our Season 8 products page.