Christian Schauf and Mike Escamilla have created and designed a kit to survive natural disasters. Within the kit are tools and information in a compact package. Christian had grown up on a dairy farm in Wisconsin, where you are constantly prepared to bear the elements. When he moved to LA he saw a need for a turn-key solution if something devastating were to happen. Do the sharks think this disaster kit will find its place in American homes? Let’s find out in our The Seventy2 update.

As Mike and Christian went through their presentation, it was evident they were selling a premium product, but their sales stood for themselves for this American-made survival kit. Barbara Corcoran said she would buy one for her husband, but let the other sharks bid as she didn’t want in. 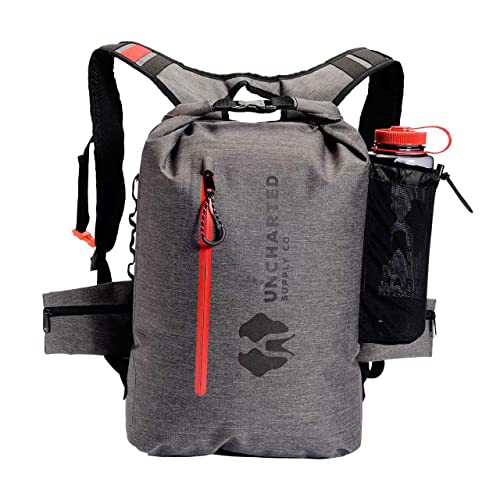 Mark Cuban felt the only way he could help them is by giving them money, so he went out. Robert Herjavec felt there were a lot more challenges than the entrepreneurs laid out, but gave an offer of $200,000 for 10% of the company. This offer was the same valuation, but more money and equity than was originally asked for.

Robert told the owners of The Seventy2 that the deal was only good if they took it right then and didn’t listen to other offers. Lori Grenier tried to interject, yelling something that wasn’t audible over the deal they made with Robert. Let’s see if this was a good deal for Robert in our The Seventy2 update.

The Seventy2 has been a very successful product since its appearance on . At the time of this The Seventy2 update, they currently have annual revenue of over $1,000,000. They have since developed a survival kit designed for two people in addition to the original kit that was designed for one person.

The founders have developed a company called Uncharted Supply Co., where they sell many other survival products and even small disaster products, such as a mobile jump-starting tool for your vehicle.

You can purchase the product on Uncharted Supply Co. for $399. The two-person kit sells for $589, which is a much better deal than just buying two of the original kits if you have more than one person living in your home.