The Click & Carry hands-free carrier was featured during Season 12. Founder Kim Meckwood left the tank with a deal of $225,000 for 40% equity from Barbara Corcoran and Mark Cuban. Here’s a quick recap of everything that happened during the pitch as well as news on a Click & Carry update.

The Click & Carry hands-free carrier was featured on Shark Tank Season 12 Episode 8. Founder and creator Kim Meckwood demonstrated her product for the sharks which rests on the shoulder and allows for bags to be clipped onto the front and the back, making it easier to take your groceries or bags inside. With Click & Carry, gone are the days of loading up one arm with as many bags as you can carry! 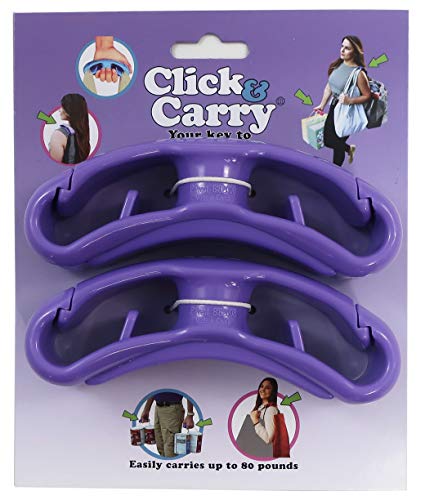 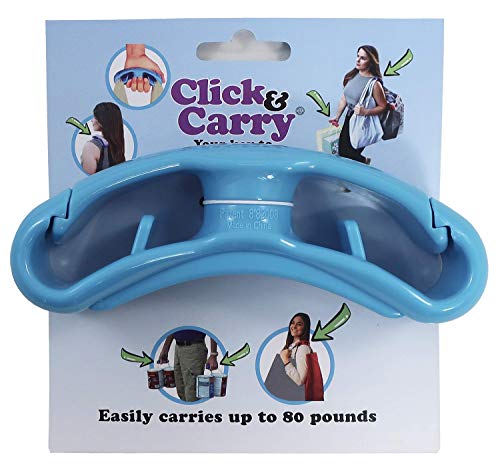 Kim shared that her company has been around for five years and has earned $625,000 in lifetime sales. However, the 12 months before Click & Carry had only done $70,000 in sales, which works out to about 7,000 units at around $10 a pop. Further, Kim shared that she loves inventing new products and already has a couple of different ideas for her next product.

In rare fashion, Barbara Corcoran asked Kim if she’d be interested in selling 100% of her product, so she could spend her time creating something else. However, Kim declined and said that while she was willing to give up operational control, she’d like to stay involved.

This resulted in Mark Cuban teaming up with Barbara and offering Kim $225,000 for 40% equity in the company as well as a promise to find someone to run the company so she could spend her time creating the next product for the brand. Kim agreed and Click & Carry left with a deal. How are things going now? Let’s find out in our Click & Carry update.

Since its episode aired on , Click & Carry seems to be doing well and has even raised its price a tiny bit, likely due to Mark and Barbara’s advice. At the time of writing, it doesn’t look like Kim has launched any new products. When we get a more official Click & Carry update, we will be sure to let you know!

For updates on the other products featured in Season 12 Episode 8, check out the links below: