Cutting gift wrap is one of the most frustrating parts of the holiday season. Everyone wants their packages to look great, but cutting with scissors can leave jagged, uneven edges. Enter Little Elf: the tool that cuts wrapping paper evenly and easily. Will the sharks find value in this great idea during the Season 11 pitch? Find out in our Little Elf update and pitch recap.

Bryan Perla, a student at Stanford, came up with the perfect solution to gift wrapping woes. Little Elf is a compact, perfectly-sized cutting tool that is easy to use and cuts gift wrap perfectly and quickly every time. 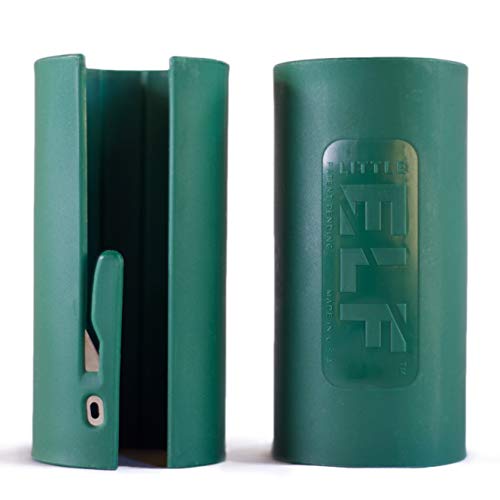 The demonstration says it all. When Barbara Corcoran and Lori Greiner come up to try it, they agree that Little Elf works magic on stubborn wrapping paper. Bryan even demonstrated how you’d cut a full sheet in half by using the other side of the Little Elf.

That’s not all, Little Elf has an exclusive licensing agreement with the largest gift wrapping company in the world, though Bryan retains the right to sell online and on home shopping networks. They’d done $250,000 in sales so far.

The sharks begin bidding almost immediately. Lori, the QVC queen, came through with the first bid: $150,000 for 30% equity in the company. Kevin O’Leary immediately offers a different deal of $150,000 for 10% equity and a $1 per-unit royalty until he makes $450,000. Lori and Kevin actually get into a bidding war, lowering the royalty back and forth until Bryan speaks up, stating he would like an equity-only deal.

Eventually, Lori drops her deal to $150,000 for 20% equity, outbidding Kevin in the process. The other sharks drop out one by one. Robert Herjavec doesn’t think it’s in his space, Barbara doesn’t think Perla needs a shark at all, and Mark Cuban says it’s not in his wheelhouse because he can’t offer the TV sales that Bryan wants.

He tries to get Kevin and Lori in on the deal together, but it’s no dice. Instead, he takes Lori’s offer. Is this gift wrap cutter a holiday hit? Find out in our Little Elf update.

Turns out that the bidding war for this product was extremely justified. Little Elf, was already being sold on Amazon and through their own website, and now it has become a household name. The device became a bestseller on Amazon and is now sold in over 15,000 retail stores, including giants like Target, Walmart, and even Hobby Lobby.

In our Little Elf update research, we also found a lot of knock-off and counterfeit items being sold. That’s when you know it’s a good idea! Little Elf is reportedly making up to $1 million per year, which isn’t bad for a holiday-specific product.

You can find the other company updates from Season 11 Episode 9 here: