Entrepreneur, Robbie Cabral, goes to the gym to destress. What he found was many of his fellow gym sharks were finding added stress while at the gym. Why? They would lock their locker keys inside the locker along with their wallets, car keys, etc. Retrieving their belongings would become quite difficult, thus creating quite a hindrance to their day. This led him to create Benjilock, which is a padlock that is designed to unlock with your fingerprint or with traditional keys. Do the sharks feel this is a technology worth investing in during Season 9? Let’s find out in our Benjilock update.

Robbie is an immigrant from the Dominican Republic working towards the American dream. He was solely working on Benjilock after being laid off from his previous job on the day his daughter was born. This lit his fire to make sure his product would take off and be successful. 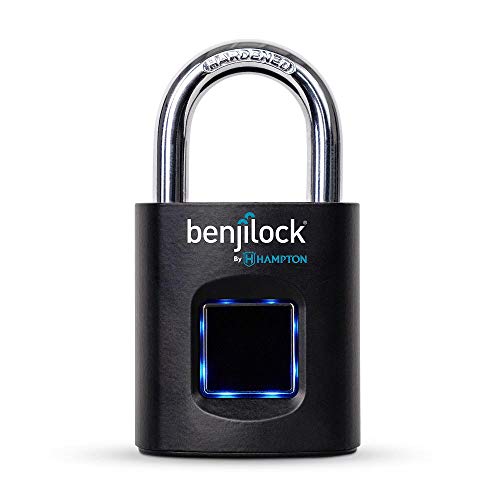 Kevin O’Leary was interested in licensing this product to a larger company, and offered $200,000 for 15% equity. Kevin said he would make sure this product isn’t buried with other products and makes it to market.

Robbie had a “good problem” of picking between three offers in the tank. Robbie shocked the other sharks and went with his gut, making a deal with Kevin aka Mr. Wonderful.

Did Robbie make the right choice? In our Benjilock update research, we found that the company has partnered with Hampton Products International, the makers of BRINKS locks.

This has been a successful deal for Robbie, as Benjilock is now available at several retailers including ACE Hardware, Wal-Mart, Home Depot, QVC, Lowes, and others. You can also purchase Benjilock on the Hampton website.

Currently, Benjilock is worth over $4 million. It is safe to say making a deal with Kevin was lucrative for Robbie.

You can find the other company updates from Season 9 Episode 4 here: