Rose Wang and Laura D’Asaro headed to back in Season 8 to pitch Chirps. After much negotiation, the former Harvard roommates were able to land the biggest shark of them all. They made a deal with Mark Cuban for $100,000 for 15% equity after originally asking for $100,000 for 7% equity. With such an interesting premise, we know that you’re curious about a Chirps update.

Rose Wang, Laura D’Asaro, as well as Meryl Natow (who wasn’t in the tank), hoped to land a deal for their unique sustainable and nutrient-rich cricket flour-based chips. Although the idea might sound shocking at first (who eats crickets, anyway?), you’d be surprised to know that around 2.5 billion people eat crickets around the world. Crickets, as it turns out, are an amazing source of protein. 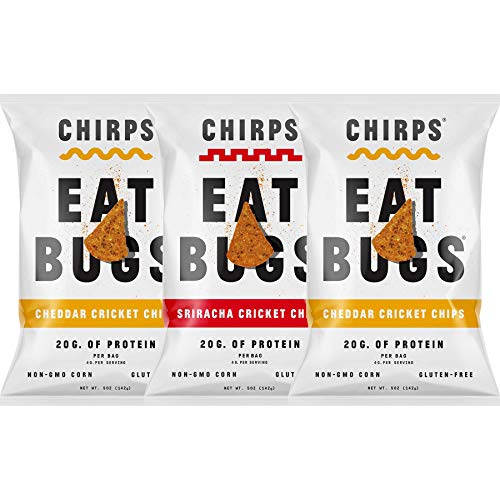 Chirps are available in barbeque, sea salt, and cheddar flavors, as well as Chocolate Chirps, which come with a cricket mix. The Harvard alums started Chirps with a mission to “get Americans excited about eating bugs.”

Unfortunately, the sharks weren’t too excited at first, and Barbara Corcoran didn’t like how it smelled. Meanwhile, the other sharks felt that one cricket per chip wasn’t enough. However, the sharks slowly changed their tunes once the two former roommates started talking about finances. According to their data, sales would be right around $200,000 by the end of the year. Chirps was also expected to do $1.5 million in revenue by next year.

It was right around this time that the sharks started changing their tunes. Kevin O’Leary, for example, complemented the product and said that it’s one of its kind. Soon after, Mark Cuban went in and said that he liked the business enough to invest $100,000 for 20% equity. Lori Greiner went out after that offer. Mark then pushed Rose and Laura for an answer, and they countered back at 15%, which Mark accpeted.

For our Chirps update, we’re glad to inform you that the deal materialized. Mark put in money in Chirps and helped expand the company’s distribution. Since appearing on , Chirps has expanded its rich and product line.

The company now also sells cupcake and cookie mix, as well as cricket protein powder. As of today, Chirps is still in business, and Markis still an investor. Chirps is listed on Mark Cuban’s investment portfolio and the most recent estimates suggest that Chirps is currently making $1 million a year in revenue.

Before you go, make sure to check out our other company updates from Season 8 Episode 14:

Curious about the other company updates from Season 8? Stop by our Season 8 product page.