GoodHangups appeared on on September 30, 2016. Founder Leslie Pierson left the tank with a deal from Lori Greiner for $100,000 for 10% equity, as long as she pays the money back within a year. Here’s a quick recap of everything that happened during the magnetic wall hangers pitch as well as news on a GoodHangups update after .

Founder Leslie Pierson introduced the sharks to her company, GoodHangups, on Season 8 Episode 2. GoodHangups is essentially a magnet that you can stick to your wall to hang up pictures, posters, and other lightweight objects. If you decide you want to take it down, you can easily peel the magnet off the wall without leaving any stains behind.

All of the sharks were quite impressed with GoodHangups, and even more so when Leslie told them that before appearing on , GoodHangups had $450,000 in sales over the past 12 months. Additionally, Lori Greiner recognized Leslie from her QVC appearances, which Leslie said resulted in half of her sales. GoodHangups comes in a variety of different sized packages, but the smallest pack retails for $14.99 and costs $2.25 to make, leaving a good profit margin. 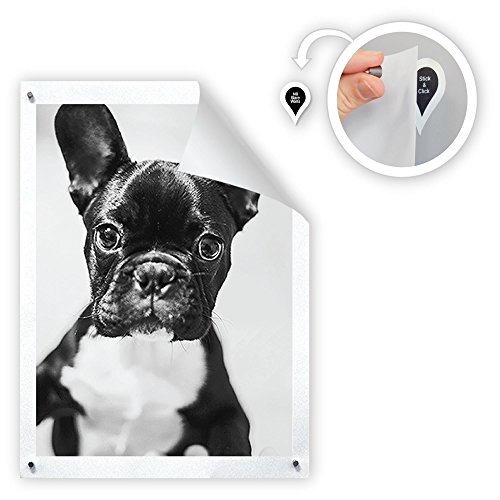 With all the dust settled, Leslie found herself with three sharks interested in GoodHangups: Lori Greiner, Daymond John, and Kevin O’Leary. Each shark offered her the $100,000 but each wanted a different amount of equity. Lori wanted 20%, Daymond 15%, and Kevin 10%. However, Kevin made it clear that he was only coming into the deal to give Leslie some negotiating leverage against Lori.

Leslie countered Lori’s offer and GoodHangups secured a deal with Lori Greiner of $100,000 as a loan for 10% equity with an agreement that it would be paid back within a year or the equity would double.

In terms of a GoodHangups update after , as of 2020 it is still in business and seems to be selling really well, with almost 800 positive reviews on Amazon. Additionally, Leslie has released a blog post detailing her experience in the tank and said that the “powerful feedback” she received on her product was “invaluable” to the life of her business.

For updates on the other products featured in Season 8 Episode 2, check out the links below:

For more product updates, be sure to check out our Season 8 Products page!