Jessica and Brandon came into the tank asking for a $50,000 investment for 20% equity in their company, PRISTINE Cleaning Sprays. Their company is focused on eliminating harsh chemicals that can be found in toilet wipes and providing an alternative selection that gets the job done. Before we shift to our PRISTINE Sprays update, let’s see if they were able to strike a deal with any of the sharks.

The first topic of discussion after the samples were passed out was company sales numbers. Jessica and Brandon revealed that in the current year, they had generated about $11,000 in total gross sales. All of these sales came through the Amazon marketplace. A single bottle costs $1.50 to manufacture, while it retails at about $7 per unit. 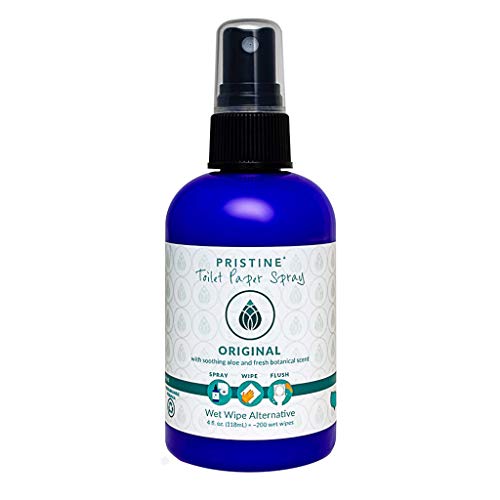 Some of the sharks seemed interested in potentially making an investment in their company, but Robert Herjavec was not one of them. Robert was the first shark to drop out after saying that he was not interested in the company’s vision or concept.

Mark Cuban cited a potential conflict of interest with a company known as Dude Wipes, so he also dropped out of the negotiations. All of the remaining sharks also dropped out, except Lori Greiner.

Lori decided to make a contingent deal of $50,000 for 25% equity, under the condition that another company under her umbrella known as Squatty Potty would help pick up the product and promote it. Jessica and Brandon hesitantly accepted the contingent offer from Lori Greiner.

In addition, the company is still operating and generally shifted focus to hand sanitizer in recent years due to the global COVID-19 pandemic. Our PRISTINE Sprays update found that the company manages to generate about $1 million in revenue per year and is continuing to expand its products.