Meredith Jurica was the first entrepreneur into the S in Season 10 Episode 11 to reveal her company known as Makeup Junkie Bags. She was asking for an investment of $200,000 in exchange for 15% equity of her company. Before we take a look at the Makeup Junkie Bag update to see how Meredith and her company are doing now, let’s see how she performed in the during the pitch and the negotiations.

After the initial presentation had concluded, Meredith told the sharks that her first three months in business resulted in more than $100,000 in gross revenue sales. Lifetime sales through eighteen months were just over $1 million, according to Meredith. A single makeup bag costs about $6 to manufacture. The cost can slightly vary depending on the size of the bag. These units can be sold at retail for around $50. 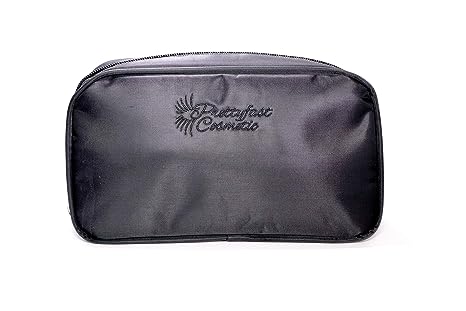 The biggest reason that Meredith came onto was that she needed to increase production from 6,000 makeup bags per month, without reducing the product’s quality. She quickly admitted this to the sharks and had high hopes that one of them would step forward and make an offer a stake in her company. Initially, Sarah wasn’t sure if she really wanted to sell equity in exchange for a mentor when she was doing so well independently.

Barbara Corcoran and guest shark, Sara Blakely, didn’t believe that they could provide the type of help that would be worth it to Meredith and her company, so they were the first two sharks to drop out. Mark Cuban also dropped out because he didn’t personally relate to Meredith’s makeup bag company.

With two sharks remaining, Lori Greiner admitted to Meredith that she was going to drop out, but she changed her mind at the last minute. Lori offered $200,000 as a loan in exchange for 5% equity and a $1 dollar royalty on each unit sold in perpetuity.

Kevin O’Leary almost duplicated the same offer that Lori made, except his royalty would be until three times his initial investment is paid back. He also lowered his requested amount of company ownership to just 3% equity instead of Lori’s 5% equity request. Meredith eventually agreed to a deal with Lori, except with one minor change. Instead of a dollar royalty, it would be just $0.75 in perpetuity.

Let’s shift our focus to the Makeup Junkie Bags update to see what happened after Meredith left . While it’s rare for an entrepreneur to decline funding from a shark, Meredith eventually made the tough decision to not finalize the deal with Lori.

The main reason for this is that the two apparently disagreed on whether to relocate a manufacturing facility or not. Since Meredith didn’t want to follow those terms, she never received the funding and the deal was never finalized. Makeup Junkie Bags is still in operation and is doing fairly well.

You can find the other company updates from Season 10 Episode 11 here: