Rener Gracie came onto to pitch his apparel company, Quikflip. He was seeking a $500,000 investment and was willing to sell 5% equity of his company to acquire the investment. Before we get a Quikflip update, let’s see if he managed to convince any of the sharks to invest.

The sharks were certainly interested in learning more about Rener’s apparel company. A single clothing item costs just $14 to manufacture and can be sold to customers at a price point of $50. All of the company’s sales have been exclusively online, which equates to about $500,000 dollars in revenue. The company managed to get a 38% profit on the gross revenue, according to Rener.

As Seen on Shark Tank! With its cozy brushed fleece interior, contrast drawcords, and our patented Quikflip conversion technology, the Hero Hoodie Lite will be your everyday go-to! When the weather changes throughout the day, so does the functionality of your Quikflip hoodie! Watch the video demo next to the product pics. 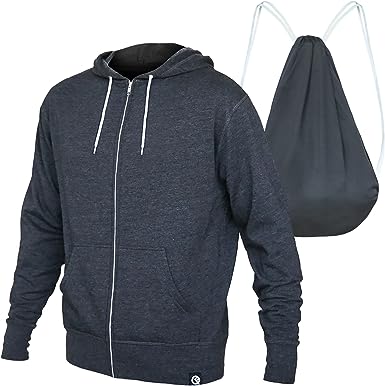 While they seemed interested in the product, they were initially concerned with the steep valuation of Quikflip. However, Rener told the sharks that his company’s margins were pretty decent.

Kevin O’Leary was still deeply concerned about the financial numbers and didn’t understand why Rener believed that the company was worth $10 million. Mark Cuban agreed with Kevin’s thoughts and decided to drop out first. Daymond John also dropped out of negotiations. Robert Herjavec made an offer of $500,000 in cash, in exchange for 25% equity.

Lori Greiner remained quiet for most of the negotiations, but she eventually came forward and told Rener she was interested in investing in Quikflip. She made a contingent offer of $500,000 for 15% equity, but Rener had to be granted one of his patents for the deal to go into effect.

After a small change to the offer, Rener eventually partnered with Lori for $500,000 for 10%, with half of the money being a line of credit and the other half being an investment.

Now that we know Quikflip managed to secure a deal with Lori, let’s get a Quikflip update to see how the company is doing nowadays.

In our Quikflip update research, we found that the deal was never finalized with Lori but the company’s sales numbers have steadily grown since the appearance on . The good news is that the company has received positive reviews for its extensive catalog of apparel products and still maintains an active website presence.

You can find the other company updates from Season 10 Episode 23 here: