Popcorn kernels are hard to get out of your teeth, and it can be a pain to find a healthful option. Bohana wants to change that. These water lily seeds, native to India, pop just like popcorn but they taste lighter and have a unique flavor. Will the sharks be popping off with great offers for this Season 11 company? Find out in our Bohana update and pitch recap.

Nadine Habayeb is one half of the team behind Bohana, a popped water lily seed snack that is meant to replace popcorn. These seeds come from large lilypads in Northern India, and they contain more protein than popcorn. There’s also no kernel, so you don’t have to worry about your teeth. Plus, they contain all nine amino acids. 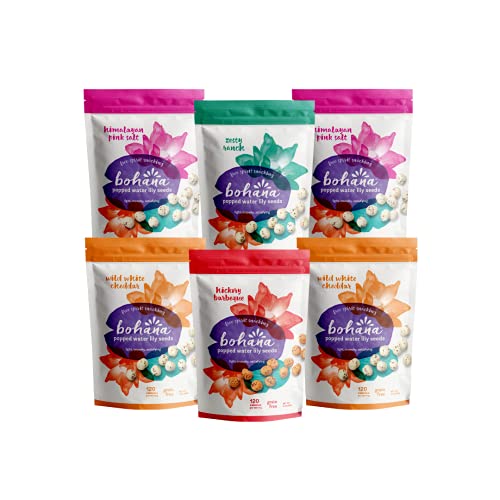 The seeds come in three tasty flavors, including Himalayan Pink Salt, White Cheddar, and Spice. Habayeb asks the sharks to taste the full line, and they all are intrigued but hesitant. They taste great, but as Kevin O’Leary says, it may take some education for the public to understand the snack.

Lori Greiner points out that there’s no fiber in the snacks, which Nadine says can be fixed. When it comes down to the numbers, Bohana has been in business for 16 months, with nine of those in retail spaces. She’s made $120,000 in sales. The bags are twice as expensive as popcorn, something that worries the sharks.

Mark Cuban is the first to drop out because he doesn’t want to take on the task of educating people about the product. This doesn’t deter Barbara Corcoran, because she’s made similar deals with the company Pipcorn. She offers them $200,000 for 30% equity.

Guest shark Rohan Oza likes the product. He’s Indian and appreciates how snackable the product is. However, the path ahead seems too difficult, so he decides to drop out. Lori is upset about the lack of fiber and says she will be a customer but she doesn’t want to invest.

This leaves Kevin O’Leary. He offers to partner up with Barbara, but she refuses. Instead, he makes his own offer of $200,00 as a loan at 9% interest over 36 months, plus 8% in equity. Nadine likes the deal but wonders if Barbara will go in with Kevin. She won’t, and after some deliberation, Nadine chooses to accept Kevin’s offer. Where is the company today? Keep reading our Bohana update to find out.

Though the lower sales numbers at the beginning seemed like a red flag, Bohana is doing amazing. In March 2021, the founders posted a video revealing that they are in 250 retail stores, including Amazon and Walmart. They also do a lot of sales from their website.

While researching for our Bohana update, we found that the company was featured in several popular publications, including the New York Times, Vogue, The Today Show, Washington Post, and more. Sales as of 2021 were reported to be about $4 million annually, a huge jump from those first reported numbers.

You can find the other company updates from Season 11 Episode 16 here: