Saskia’s baby food company, Fresh Bellies, is designed to try and train kids at a young age to eat healthily. She came onto seeking $275,000 from the sharks in exchange for 5% of her company’s equity. While her company may not have resonated with the sharks at first, let’s see if any of them came around to offer her a deal. Before we take a look at the Fresh Bellies update for Saskia’s company, let’s see whether she was able to finalize a deal with any of the sharks.

After passing out samples to each of the sharks, Saskia talked a little bit about her background working for the NBA, before diving into her company’s financial numbers. In the company’s first six months, Saskia admitted that they had more than $100,000 in gross sales and is projecting about $570,000 in sales by the end of the current year. 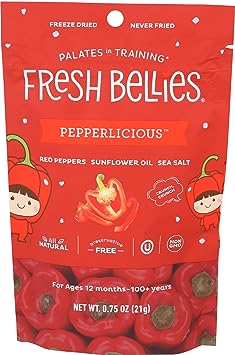 The sharks had concerns about finding refrigerated space for the product in retailers, but Saskia said that her company hasn’t experienced any headwinds or fees for entering retailers. She also admitted that her product costs about $3.50 per pouch in stores.

The sharks didn’t seem interested in Saskia’s company and Robert Herjavec dropped out of the negotiations. Unfortunately, many of the remaining sharks were also struggling to convince themselves to make an offer. Lori Greiner and Mark Cuban dropped out without making an offer. With Kevin O’Leary being the final shark in negotiations, he simply wasn’t happy with the financial numbers of Saskia’s company and decided to drop out too.

While Fresh Bellies would leave without a deal with any of the sharks, let’s get a Fresh Bellies update to see how the company is doing after appearing on . The good news is that the company is still in business and booming with success. It recently reached a milestone of $6 million in sales per year and is prominent in stores like Kroger and Walmart. It turns out that the sharks may have missed an opportunity to invest in a successful company by passing on Fresh Bellies.

You can find the other company updates from Season 10 Episode 13 here: