Dan Killian came onto to try and earn an investment of $100,000 for 20% equity in his card game company, Pricetitution. Before we get a Pricetitution update to see how the company is doing, let’s see which shark decided to partner with Dan.

At the time of the Pricetitution pitch, the company has already earned $40,000 in sales with most of them coming from Dan’s Kickstarter campaign. He told the sharks that his company had already received potential licensing offers that could help improve his sales and financial numbers.

Watch grown adults banter back and forth on what it would cost them to get a tattoo of the last thing they ate. You'll see why we hit #1 on Kickstarter out of 300,000 projects. Not only one of the best adult games for parties, but also one of the top rated drinking card games for your perfect pregame 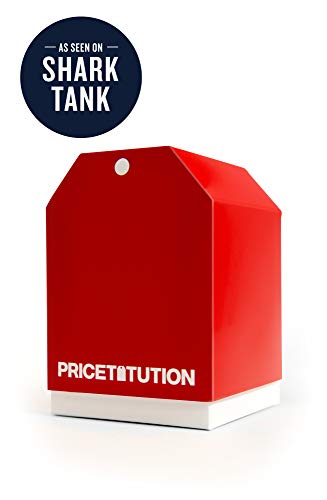 The landed cost for a single unit is just over $3 and Dan sells a unit for $21.99. Kevin O’Leary raised a few questions about the concept of the game before ultimately making an offer.

Kevin’s offer was less than ideal and wasn’t what Dan was willing to accept. He seemed disappointed when he heard that Kevin wanted half of his company in exchange for the $100,000 investment. Guest shark, Rohan Oza, was also interested in making an offer and decided to offer the $100,000 in exchange for 40% equity. Lori Greiner made the exact same offer as Rohan, copying his request for 40% equity.

Mark Cuban was fearful of legal issues that could potentially come up in the future relating to the concept of the game, so he respectively dropped out without making an offer. Barbara Corcoran decided to offer $100,000 for 50% equity, matching Kevin’s offer. Dan ultimately had to make a decision. It turned out that Lori and Rohan wanted to team up and split the investment and equity with their own offer.

The thought of having two sharks on board was enough to convince Dan to accept their offer. Now it’s time to get a Pricetitution update to see how Dan’s company is doing after appearing on .

Lori and Rohan finalized their deal with Pricetitution, and the game became rapidly popular on Amazon. While Dan was originally looking at potential licensing deals, there’s no new information about any partnerships or licensing agreements. The official website for the Pricetitution card game can be found online and is regularly being updated.

You can find the other company updates from Season 10 Episode 19 here: