Coming to from San Jose in Northern California,  Daniel and Tom were confident in their ability to motivate the sharks to invest $200,000 in their company known as Aquapaw. Their innovative pet bathing product is designed to make bathing your pet as simple and convenient as possible. Before we shift into our Aquapaw update, let’s see if they were able to secure a deal in Season 10 Episode 10 of .

Daniel and Tom quickly revealed that the retail cost of a single unit is $24.99.  Most of the company’s sales have been through its own website, but some of the sales have come from a retailer known as Uncommon Goods. They also mentioned that a single unit costs $5.25 to manufacture. 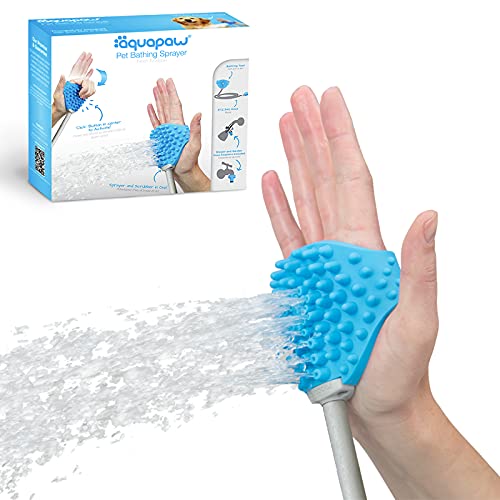 For the last nine months, Aquapaw’s revenue has come from a Kickstarter campaign that exceeded a goal of $40,000.  The sharks weren’t as frustrated with the initial financial numbers of the company as much as they were confused with the imputed valuation of $3 million.

Robert Herjavec was willing to make an offer at a much lower valuation. He made an offer of $200,000 for 30% equity. Lori Greiner and Mark Cuban quickly made their decision to drop out of negotiations.

Guest shark Bethenny Frankel and Daymond John also made identical offers of $200,000 for 30% equity. After hearing from all the sharks,  Aquapaw has successfully earned three offers, and now it was time for Daniel and Tom to make a decision on which offer to accept.

After struggling to negotiate, Daniel and Tom turned around and walked out of the tank rejecting Daymond’s offer after the remaining sharks got impatient and dropped out. Aquapaw would not receive a deal but let’s see how the company is doing after .

In our Aquapaw update, we can tell you that the company is still in operation and is estimated to generate just under $5 million in revenue per year. Their products can be found in Petco and on Amazon’s marketplace.

While they respectively rejected Daymond’s final offer, they seem to be doing quite alright without a deal after all. From a business perspective, many people might agree that Daniel and Tom made the right decision.