Judy Abrahams and Chris Guerrera pitched Super Potty Trainer during Season 12. The two initially asked for a $300,000 investment for 10% equity. In the end, they walked away with two sharks in tow with Daymond John and Lori Greiner for 50% equity and a $300,000 investment. Because two sharks got in on the deal, we have no doubt that you want a Super Potty Trainer update. Don’t worry, we’ve got you covered.

Super Potty Trainer founders Judy Abrahams and Christopher Guerrera walked into the to ask for $300,000 in investment in exchange for 10% equity of a company born out of need. According to Abrahams, she came up with the potty training tool after having to quit her job just so she could potty train her daughter. 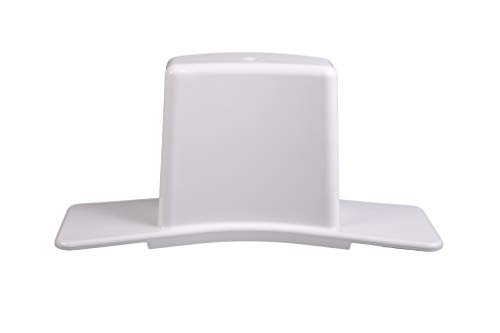 Robert Herjavec, who is a father to three-year-old twins, agreed that this is a problem and that the product was a good idea. In essence, it’s just an adjustable toilet seat back that makes it easier for children to learn to use the bathroom on their own.

As Christopher explained, the U.S made and patented product cost $2.30 cents to make and has a $1.1 million purchase order from Walmart in the works. However, with only $60,000 in actual sales and 55,000 units in inventory tangled up, the sharks knew they’d have their work cut out for them.

The ever-frank Kevin O’Leary described it best when he said that the two “came too early and asked for too much.” After this, the sharks backed out one by one until Daymond John said that he would have made an offer if Lori Greiner was still available. Lori listened and the two sharks ultimately agreed that they’d offer $300,000 for 50% equity in Super Potty Trainer.

Without hesitation, Guerrera and Abrahams took the offer, which now leads us to our Super Potty Trainer update. Sure enough, the product has since had quite the success. It now currently sits on lots of positive reviews from parents that are attempting to potty train their children.

So far, Super Potty Trainer hasn’t appeared on QVC just yet. However, with Lori as an investor, it’s probably only a matter of time.

For more updates on companies from Season 12 Episode 25, check out:

For more on Season 12, be sure to check out our Season 12 Products Page!