Night Runner 270 appeared on on November 30, 2020. Founders Renata and Doug Storer left the tank with a deal from Robert Herjavec of $200,000 for 15% equity and $150,000 as a loan. Here’s a quick recap of everything that happened during the safety light pitch as well as news on a Night Runner 270 update after .

Night Runner 270 debuted on Season 8 Episode 3 and was pitched by founders Renata and Doug Storer. The company creates lights that attach to shoelaces so those who run or work in the dark can see where they’re going without having to hold a flashlight. Doug said he got the idea for the company after he hurt himself running in the dark.

When it appeared on , Night Runner 270 had sold 6,000 units for a total of $260,000 in sales over the past eight months. Additionally, it was in the process of creating a new product with a longer battery life that is designed for workboots. 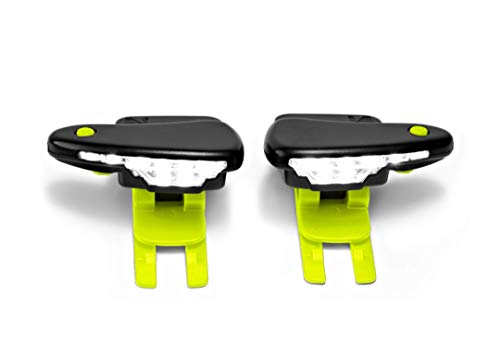 All of this was enough to interest Robert Herjavec, Kevin O’Leary, Lori Greiner, and Mark Cuban who got in a giant bidding war, making offers left and right. However, when it was all said and done, Night Runner 270 secured a deal with Robert Herjavec of $200,000 for 15% equity and $150,000 as a loan.

However, those interested in a Night Runner 270 update should know that the deal with Robert ended up falling through after the episode aired. According to an interview with Forbes from the founders, “After it [the episode] aired, we didn’t need the investment anymore and we started to think, why should we give up equity if we don’t need it. Also they offered fewer dollars for the same equity. We came to a mutual decision that the deal wasn’t in our best interest.”

Despite the deal falling through, after airing on , Night Runner 270 took off and its annual revenues quadrupled in Q4 2016, according to a blog post on the official site. Additionally, the Forbes interview revealed that Night Runner 270 did $880,000 in sales in 2016 and has lifetime sales of $1.5 million as of April 2017.

Further, the company now has two other products, The Night Shift and the Night Trek X, which offer more battery life and a brighter shine. As a result of the new products, the company has rebranded to Night Tech Gear to include more than just the running community.

For more Season 8 Episode 3 product updates, check out the links below:

For more on products, be sure to check out our Season 8 Products page.