Coming from San Diego, California, there is no doubt that Josh and Steve King wanted to make a good impression on the sharks for their business Manscaped. The father and son came in asking for $500,000 for just 7% of their self-grooming company. Let’s see how their pitch concluded before taking a look at our Manscaped update.

Josh and Steve explained the contents of their perfect package, a bundle of products that they have scientifically developed for their manscaping business. The package includes a collection of eight products that all contribute to a man’s healthy hygiene. 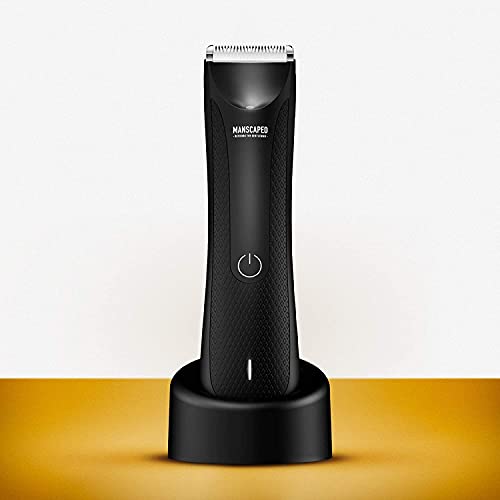 Let’s talk about the sales numbers that the duo has amassed so far.  In 2017, they did $1.5 million in sales.  An even better number may be their manufacturing cost of just $12, while their average order value is well just over $50. The sharks certainly seemed interested but were concerned about the customer acquisition cost of $16 and the product margins.

The first sharks to drop out was special guest Charles Barkley and Kevin O’ Leary because they didn’t believe it was a great investment for them. Charles had no experience in the industry, while Kevin cited the fact that he didn’t see a pathway to making money on his initial investment. With three sharks remaining, time was certainly running out for Josh and Steve to strike a deal.

Robert Herjavec decided to make an offer of $500,000 for 35% equity, which certainly seemed to disappoint the father and son duo. Mark Cuban and Lori Greiner decided to team up to make an offer of $500,000 for 25% equity, forcing Robert to revoke his offer and drop out. That left Josh and Steve to consider the two-shark offer from Mark and Lori, who pledged to sell it on QVC in exchange for the 25% company equity that was mentioned in their offer.

After a short discussion, Josh and Steve decided to accept the offer from Mark and Lori. Now, let’s shift focus and take a look at our Manscaped update and see how they’re doing after the tank.

Manscaped has had an incredible amount of success since it made its debut on . It has reached a company net worth of $1 billion, according to Yahoo. They have partnerships with several California sports teams, including the Los Angeles Kings NHL team.

In addition, they have an outstanding website and their products can be found in a wide variety of places online and in person. There are very few companies that have had as much success, and our Manscaped update is one of the best we’ve had.