The second pitch of the Season 8 finale featured Jake Epstein and Joe LeMay. The pair pitched their company, Rocketbook, and asked for $400,000 for 10% equity. Unfortunately, despite strong sales, Jake and Joe walked away without a deal from . But, in a surprising turn of events, Rocketbook took off despite not landing a deal. We’ll go over all of it in our Rocketbook update.

Jake and Joe headed to to try and pitch their revolutionary product, the Rocketbook. The intelligent notebook offers an alternative to the traditional notebook and pen. Instead of ripping out pages or moving on to the next one, the Rocketbook is erasable and reusable for up to five times. Not only that, but users can use the Rocketbook to send notes to other people over the internet and cloud storage. 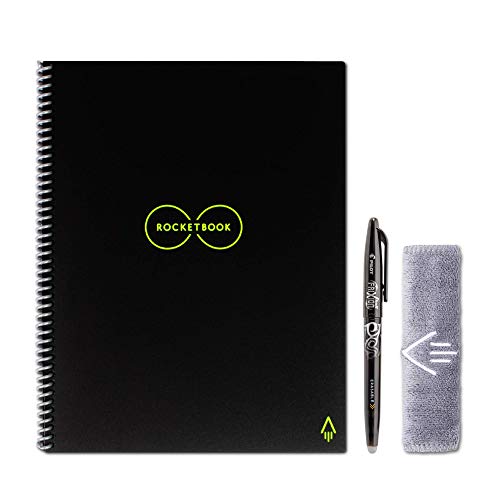 At the time of their pitch, Jake and Joe had sold around $2.2 million worth of Rocketbooks in a relatively short amount of time. This, along with the fact that Rocketbook actually worked, amazed the sharks.

But, Kevin O’Leary had doubts. He thought that Jake and Joe should try and sell more than one book and that an iPad could do the same thing. Barbara Corcoran believed that Rocketbook was a gimmick and she went out, followed by Robert Herjavec. After the two sharks went out, Kevin followed. He called the product “crazy.”

With only two sharks left, Jake and Joe still had a chance. Lori Greiner liked how Rocketbook reinvented the notebook. Unfortunately, she thought there were too many steps involved and dropped out, followed by Mark Cuban.

As for our Rocketbook update, we’ve got great news for you. The company is doing exceptionally well, and despite not landing a deal on , Rocketbook became much bigger than expected after the episode aired. In December of 2020, Bic acquired Rocketbook for $40 million.

Rocketbook is now one of the most highly recommended notebook alternatives for those looking to take notes digitally.

Make sure to check out the other company updates from Season 8 Episode 24 below:

Check out more company updates from Season 8 on our Season 8 products page.