Teddy, Logan, and Austin all came onto to pitch their beverage cooler company, Kanga, and were seeking a $100,000 investment while offering the sharks 10% equity in their company. Featured in Season 10 Episode 18, let’s see if these three entrepreneurs were able to secure a deal before we take a look at our Kanga update.

Since Kanga’s only been operating for about six months at the time of the pitch in Season 10, the sharks were eager to hear about the company’s lifetime sales numbers. It turns out that Kanga had generated just over $100,000 in gross revenue during the first six months of operating. The entrepreneurs also told the sharks about their Kickstarter campaign, which has helped to produce about a third of their company’s entire sales.

Enhance any occasion with this insulated cooler bag by your side. Each Cooler is durability tested to ensure your personal cooler keeps your drink of choice cold without ice for up to 7 hours. 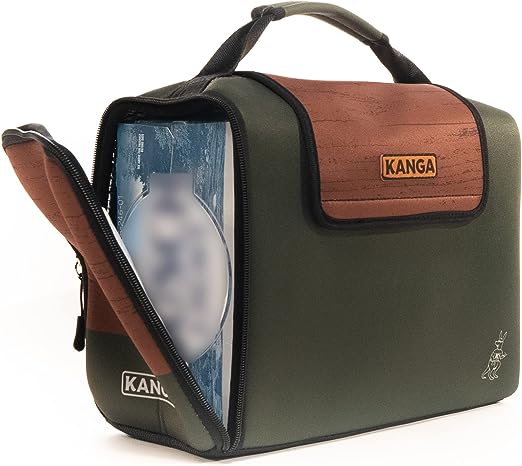 Mark Cuban was quick to make an offer to Kanga, offering $100,000 for 20% equity. He didn’t want to negotiate or delay, though. The good news is that Teddy, Logan, and Austin quickly accepted Mark’s offer and secured the deal.

The other sharks didn’t even have a chance to make an offer because Mark was so interested in partnering. While the deal resulted in the entrepreneurs having to forfeit more equity than originally desired, they seemed very happy to secure a deal with Mark so quickly.

Now that we know that Mark Cuban was the shark that partnered with Kanga, let’s get a present-day Kanga update to see how the college students have managed to handle their company since appearing on Season 10.

In our Kanga update research, we found that the business has rapidly grown since the episode aired and sales numbers have also skyrocketed. It’s estimated that Kanga is generating about $3 million in sales per year and may reach a higher milestone by the end of the year.

You can find the other company updates from Season 10 Episode 18 here: