Prime 6 appeared on on November 30, 2020. Founders Oron and Riki Franco left the tank with a deal from Kevin O’Leary of $200,000 for 25% equity. Here’s a quick recap of everything that happened during the hardwood charcoal pitch as well as news on a Prime 6 update after .

What Is Prime 6 Charcoal?

Prime 6 Hardwood Charcoal appeared on Shark Tank Season 12 Episode 6. Founder Oron and Riki Franco pitched their company to the sharks, which is a hexagonal log of charcoal made out of recycled sawdust. Not only is the product reusable, but it leaves no mess behind and lasts twice as long as traditional charcoal. 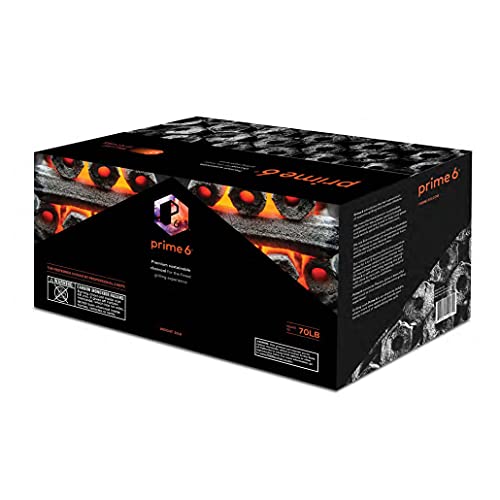 Oron and Riki’s company had only been in business for 12 months but had already earned $300,000 in sales. A nine-pound box only costs $3.39 to make and retails for $18.99. Further, the entrepreneurs shared that they just got a $130,000 purchase order from Lowe’s to be carried in its stores.

This was enough to interest two of the sharks, Kevin O’Leary and Daymond John, who made two separate offers of $200,000 for 25% equity. Kevin reminded Oron and Riki that he has a line of similar products in his “Chef Wonderful” portfolio, and that was enough to convince them to accept his offer.

In terms of a Prime 6 update, in the first three months after airing the company did $1.3 million in sales. Further, they’ve managed to launch in over 5,000 new stores, including Kroger and SafeWay. The influx of sales has also allowed Oron and Riki to plant 20,000 trees. It looks like the future is bright for Prime 6 charcoal!

For updates on the other products featured in Season 12 Episode 6, be sure to check out the links below: