Ben Baltes and Jenn Chin came onto to talk about their company 3D toy production company, Toybox Labs. They were requesting a cash investment of $150,000 while offering the sharks 5% equity in the company. With an imputed valuation of $3 million, they were going to have to work hard to convince the sharks that their company was worth the investment. Let’s see if they were able to secure a deal before we take a look at our Toybox Labs update.

Ben and Jenn used their technology and software-based backgrounds to develop their 3D printer for kids. Their product costs $299 and they spend $150 on acquiring it. This is generally considered to be on the cheaper end of the 3D printer market. With children in mind, Jenn and Ben admitted that they believed they could cut corners in terms of cost and still deliver a high level of quality to their customers. 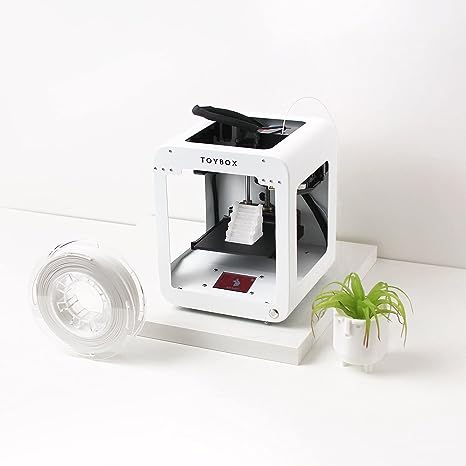 All of the company’s sales came from online and the it had only recently reached the $300,000 milestone at the time of the pitch. The two entrepreneurs also admitted that Toybox Labs primarily acquires customers through Facebook advertising and marketing.

Mark Cuban had concerns about the amount of time that it takes the product to print a simple toy, a minimum of three hours in the 3d printer, and believed kids wouldn’t have the attention span to wait. Because of this, he was the first shark to drop out of the negotiations. Following Mark, Daymond John also decided to drop out for similar reasons, however, there were still three sharks remaining for Jenn and Ben to try and secure a deal with.

Kevin O’Leary decided to make an offer of $150,000 for 15% equity. Lori decided to drop out along with guest shark Jamie Siminoff, leaving Kevin as the last shark to potentially make a deal with. After a quick counteroffer, Kevin and Toybox Labs came to an agreement. Now, let’s get a quick Toybox Labs update to see how the company has progressed since appearing on Season 10 Episode 15 of .

Toybox Labs is still in business and can easily be found online on its official website. The company has shown strong growth and continues to exceed expectations, even today. The future remains bright for Toybox Labs as the company continues to expand and grow its base of customers.

You can find the other company updates from Season 10 Episode 15 here: