Ankle and wrist weights have been out of style for a while now. Unless you’re recovering from an injury, most people won’t touch them. Natalie Holloway and Max Kislevitz set out to change that with their stylish Bala Bangles. Will the sharks sweat this deal during the Season 11 pitch? Find out in our Bala Bangles update.

Natalie Holloway, a yoga instructor, wanted wrist and ankle weights for yoga poses. She didn’t want to be left holding anything. With this in mind, she and her husband Max Kislevitz decided to bring back popular weights from the 80s, but with a twist. 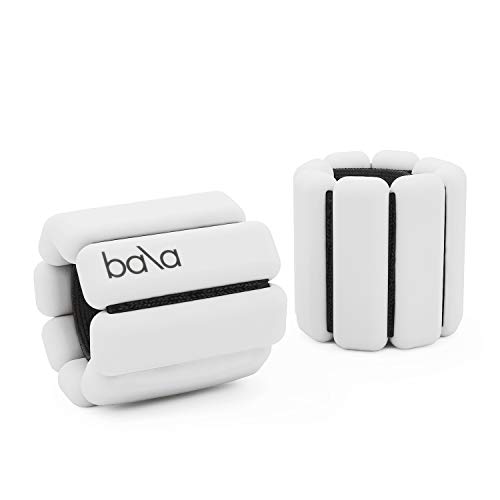 Their pitch starts with a live aerobics display which is a fun way to start discussing the product. The sharks love the samples. Outside of that, the pitch is pretty no-nonsense, and the sharks get right down to the numbers.

Natalie reveals that in their first six months, they did $260,000 in sales. In the year the segment was filmed, they’d already done $1.2 million and had POs with Bloomingdales and Nordstrom’s. Most of their sales came from these deals. Their problem, they say, is inventory.

Guest shark Maria Sharapova is the first to step forward, saying that she’s interested in the product. The entrepreneurs say they’d love to have her as a spokesperson, and she counters that she’d need a lot more equity to do it.

Kevin O’Leary is the first to make an offer, though. He will give them $400,000 as a 36-month loan at 7.5% interest in exchange for 5% equity. Before the entrepreneurs can give him an answer, Maria offers $200,000 for 15%. She says the product is something she would use, and it’s right in her wheelhouse.

Daymond John and Lori Greiner also make offers, each for $200,000 for 15% equity in the company. This bidding war continues for a bit until the entrepreneurs state that they aren’t ready to give away a lot of their business. They would take on two sharks at $450,000 apiece for 30% equity, but this is the highest they’d do.

Lori makes a final bid of $500,000 for 18% of the business with no partner, but Mark Cuban quickly interrupts. He and Maria want to go in for what the entrepreneurs asked for: $900,000 at 30% for two sharks. The entrepreneurs are quick to accept. Where are these workout weights today? Find out in our Bala Bangles update.

Thankfully, it was easy to find out just how well Bala Bangles is doing. In Season 12, did an update segment on the company. Now, the weights can be found in stores like Anthropologie, Dillards, and Saks Fifth Avenue, as well as Dick’s Sporting Goods. They also sell a line of different products on its website. It’s easy to market the product to multiple use cases, which is one of the best things about it.

According to our Bala Bangles update research, the company made $15 million by the end of the year that the episode aired. Half of that was in the first five months. Mark and Maria should be pleased with this investment!

You can find the other company updates from Season 11 Episode 13 here: