Entrepreneurs Mike and Amy Perry arrived in the tank as the parents of 5 children and noticed a problem during diaper changes: their children’s curiosity! The baby’s hands would find their way into the mess inside the diaper and create even more needed clean-up. This led them to create a changing pad, known as SnoofyBee, to keep the baby occupied while parents do the dirty cleanup. Will the sharks dive into diaper changes with this new changing pad? Let’s see in this SnoofyBee update.

SnoofyBee has a utility patent on the way the pad wraps around the baby. At the time of the appearance, total sales were at $700,000 in online revenue. The couple received $120,000 via Kickstarter but then ran into a hiccup.

Your baby’s curious little hands can make diaper changes a challenge. This take-along changing station resolves the struggles that new mothers face. The sides fold up and create a barrier that you can use for attaching hanging toys to keep your child’s hands occupied while you clean them up. Afterward, our foldable pad packs down to a small clutch size for your diaper bag. 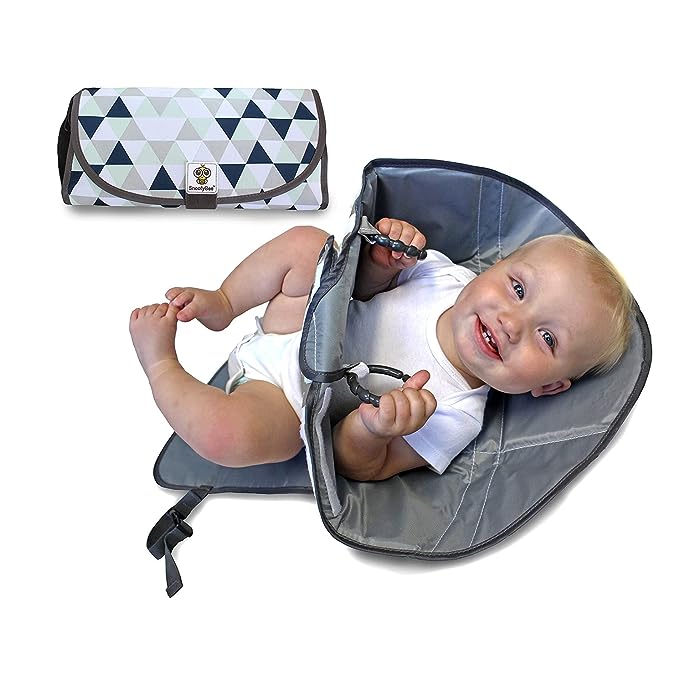 The company had some initial issues with overseas manufacturing and had been making the products at home in a homemade factory. They came to because they needed advice and capital to make it into retail.

The first shark to drop was Mark Cuban, as he felt there was too much to do. Guest shark, Bethenny Frankel, dropped out because it was not a consumable product that customers would buy more than once.

Kevin O’Leary saw value in the product and offered $85,000 for 20% contingent upon getting a patent and turning it into a licensing deal. Robert Herjavec offered $125,000 for 15%, and he wanted them to develop more products.

At the time of this SnoofyBee update, the company has expanded its product lines significantly. The Perry’s have also expanded by one more baby! In addition to changing pads, the company sells suction cup bowls to prevent unwanted spills, diaper baggy dispensers, teethers, and a product called the Brushing Buddy, designed to help parents brush their child’s teeth.

All products are available on their website. You can also find them on Amazon.

During our SnoofyBee update research, the company has an annual revenue of around $1 million. It is also planning to implement a new product, a one-handed diaper bag, in the near future.

If you would like to stay current with SnoofyBee, the company is very active on Instagram at the time of this SnoofyBee update.