Fitfighter appeared on on November 13, 2020. Founder Sarah Apgar left the tank with a deal from Daniel Lubetzsky of $250,000 for 25% equity. Here’s a quick recap of everything that happened during the weighted exercise hose pitch as well as a Fitfighter update after .

Fitfighter appeared on Shark Tank Season 12 Episode 5, and founder Sarah Apgar showcased her weighted exercise hose to the sharks. Basically, it’s designed to look like and feel like a firehose and can be used to do a variety of different workouts without having to swap equipment. It is also designed to help firefighters better train for emergencies by using an actual firehose. 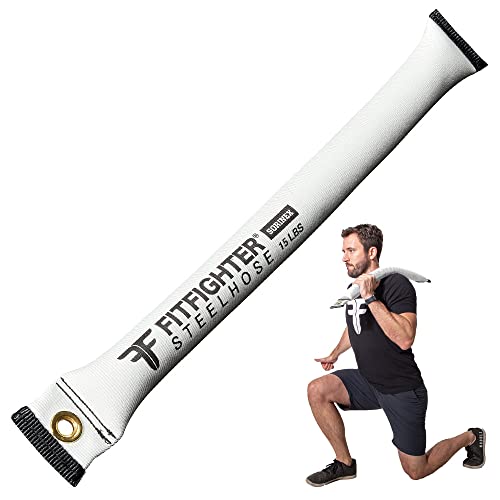 After quickly doing 10-15 exercises with the hose, Sarah told the sharks that from launch to pre-COVID, Fitfighter had done $45,000 in sales and were selling mostly to gyms and trainers. The massive COVID-19 shutdowns caused her to switch her business model online and in 10-weeks she managed to match the $45,000 in sales that had taken her months to get. Sarah also shared that she has launched a Fitfighter app and some online training videos. The app has a free and paid version, which costs $19 a month and currently has just over 300 subscribers.

All of this was enough to interest guest shark Daniel Lubetzsky, founder of KIND Snacks, who offered Sarah a deal of $250,000 for 25% equity, which she accepted.

Thank to a Fitfighter update, we now know that Sarah’s company earned $900,000 in sales within three months of airing. Further, in the first week after their airdate, the company did $250,000 in sales. This has allowed Sarah to continue to develop her online training and reach new people.

The Fitfighter update also revealed that the weighted exercise hose is now being sold in Dick’s Sporting Goods, which has allowed Sarah to expand her company base. Further, all of this success has allowed Sarah to be able to give back to the firefighter community, recently donating $10,000 to local firefighters, which was matched by Daniel Lubetsky as well.

For updates on the other products featured on Season 12 Episode 5, be sure to check the links below!