Before we take a look at our Cup Board Pro update from Season 10 of , let’s take a closer look at the emotional story of a New York City fireman and his family. In this emotional pitch, three siblings enter the to try and strike a deal for their father’s product, who unfortunately is no longer alive due to experiencing cancer, likely caused by volunteering for the cleanup operations of 9/11 in New York.

After a super emotional pitch and an inspirational video from their father Keith Young before passing away, the sharks were handed demonstrations of the Cup Board Pro, allowing them to see it for themselves.

Cup Board Pro (As Seen on Shark Tank) 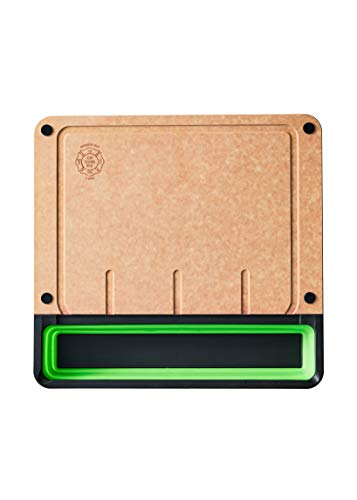 Shifting their focus to financial numbers, the sharks wanted to know how much it costs to make a single unit of the Cup Board Pro.  The three siblings revealed that it costs just under $13 for a single unit and that they are currently being sold online on their website for $40 per unit. While they only had 300 sales at the time of the pitch, they had only launched the product three weeks earlier and had 2,000 units in inventory.

In a remarkable turn of events, the sharks asked for a moment to themselves inside the . The three siblings quietly waited in the hall before eventually returning to hear the offer from the sharks.  All five sharks teamed up and pledged a unified deal of $100,000 for 20%, while also promising that all future profits would be donated to a family charity.

Now for the Cup Board Pro update that everyone’s been waiting for, let’s look at how things played out after . The company made a fair amount of sales after appearing on and managed to sell more than 20,000 units.

With more than $1,000,000 in sales being reported for 2019, the company performed well and managed to stay profitable. To this day, the company is still in business, although the units regularly go out of stock from continuous demand and not enough supply. We’d call this Cup Board Pro update a success.