Jackson’s Honest is a company that was inspired by the founder’s oldest child, Jackson. He has many health issues including GI problems. His parents, Megan and Scott Reamer, developed a healthy fat-based coconut oil made from tortilla sweet potato chips. These chips have helped Jackson, and the Reamers want them to help others too. What do the sharks think about these snack items? Let’s find out in this Jackson’s Honest update.

Things started out great in the tank as all the sharks loved the product and mission, especially Robert Herjavec. He related to this on a personal note and the room got a little emotional. Despite their love for the company, the sharks had one big problem with the business. It wasn’t profitable yet. 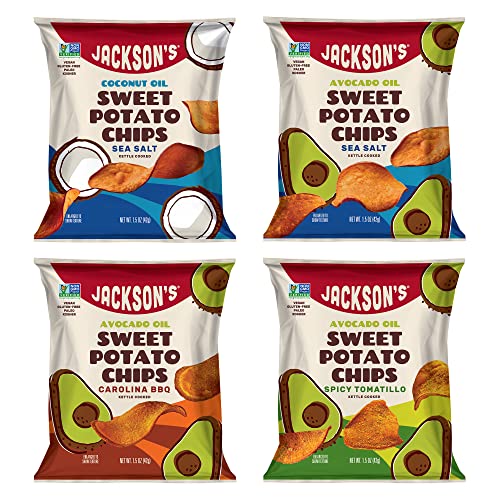 Robert dropped out as he felt the investment was too risky. Lori Grenier stated she buys baked chips, so this wasn’t a product for her. Mark Cuban didn’t see a way to get his investment back quick enough, so he dropped out.

If you are looking for a Jackson’s Honest update, you will need to look for Jackson’s as Honest was dropped from the name. They changed the packaging as well and are focusing on their line of sweet potato chips. Currently, they are reporting annual revenue of over $6,000,000.

Since their episode aired, Jackson, the namesake of the company, passed away. The Reamers are doing everything they can to make this a successful product to honor him.

You can purchase Jackson’s sweet potato chips on their website in several different flavors and sizes. Flavors include Carolina BBQ, Sea Salt, Spicy Tomatillo, and Unsalted. You can purchase them cooked in coconut oil or avocado oil. You may be able to find the chips at Wal-Mart or other grocery stores in your area.