Justin Miller and Tom Simon came in to to represent, Zookies Cookies, a specialty dog treat company. They came in asking for a $50,000 cash investment and offered the sharks 20% equity. Let’s see if they were able to secure a deal with any of the sharks before we take a look at our Zookies Cookies update.

Since Zookies Cookies is a company that specializes in baking tasty dog treats, Justin and Tom wanted to see if any of the sharks were pet lovers. It turns out that a few of them were certainly interested in various pet industries, but the sharks still wanted to learn more about the company’s financial numbers before making an offer. 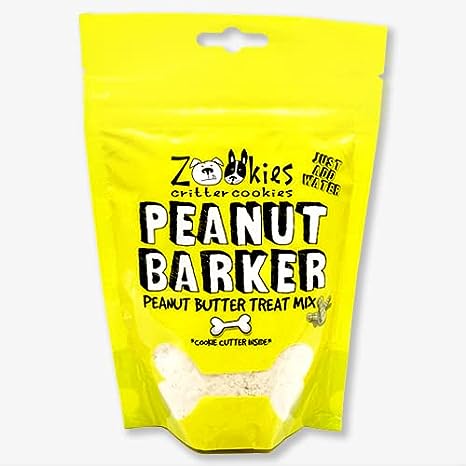 At the time of the pitch, Zookies Cookies had been in operation for almost nine months. Justin and Tom admitted that they had about $40,000 in gross sales during these initial nine months, all from online. A single jar of treats costs $9.99, although a bundle variation is also available at $24.99. Manufacturing a single jar costs a little less than $2, which equates to a reasonable margin for sales.

Some of the sharks initially had difficulty understanding the design of the packaging. Kevin O’Leary suggested that some changes be made to the packaging in the future to make it easier for customers to understand exactly what they are buying.

Lori Greiner decided to drop out of negotiations because she wasn’t interested in the product and didn’t see a profitable future for Zookies Cookies. Robert Herjavec also dropped out because he wasn’t a fan of the idea that the dog treats had to be baked before being served to pets. Guest shark, Alli Webb, was the guest shark for Season 10 Episode 14 and she decided to make an offer of $50,000 for 30% equity. Kevin was also interested in making an offer of $50,000, but he wanted 33.3% equity.

Tom and Justin ultimately accepted Alli’s offer for their company Zookies Cookies. The pair agreed to give up 30% equity to Alli in exchange for a $50,000 cash investment and a strategic partnership. Let’s transition and get a Zookies Cookies update to see how the company is doing now.

The deal was finalized between Alli and Zookies Cookies at the conclusion of the calendar year. The company is estimated to be generating more than $4 million in gross annual, a major step up from where it was at the time of its appearance in Season 10. There’s no doubt that this is one of the best stories for a pet-related company on after earning a deal with Alli Webb.

You can find the other company updates from Season 10 Episode 14 here: