Richard and Juli Rhett began their presentation by rolling out of a hammock. They found a need while camping to have a comfortable place to sleep that is safe from the elements. This need inspired them to create an “elevated camping experience” through covered hammocks, which are off the ground as opposed to sleeping in a traditional tent. Let’s see if the sharks will join them in Season 9 and sleep closer to the stars in our Sierra Madre Research update.

Guest shark, Richard Branson, jumped at the chance to test the product. Robert Herjavec, Lori Greiner, and Daymond John all snuggled in the other hammock to see how sturdy it was. The product held up and passed the test! 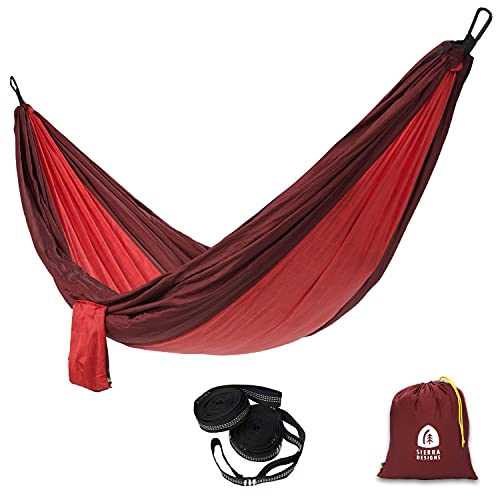 Part of Rhett’s goal is to donate some of its profits to help drill clean drinking water for the citizens of Central America. This was the place where they were inspired to revamp the traditional hammock while there on a mission trip.

Daymond John was very impressed with not only the product but the entrepreneurs themselves. This being said, he felt he wasn’t the best fit and dropped out. Lori went out due to not knowing this market sector very well.

Mark Cuban was afraid of competitors knocking off the product and dropping out. Robert was the next to pull out of the race leaving Richard. Because Richard believed in not only the product but the entrepreneurs behind the product, he offered exactly what they requested: $175,000 for 15% of the business. Richard also stated he would donate all of his profits to charity.

The Rhetts obviously could not refuse this offer and ended their stint in the tank with a deal sealed by a handshake with Richard.

In addition to their hammocks, they are selling shelters that sit on top of a truck bed, blankets, and sleeping bags to keep warm at various temperatures, power supplies, camping chairs, and more. The Rhetts have kept their mission to donate proceeds to provide clean water. So, looks like some great news for our Sierra Madre Research update!

You can find the other company updates from Season 9 Episode 1 here:

Don’t forget to take a look at our products page! We’ve got more company updates from Season 9.