The fourth and final product that appeared on Season 10 Episode 21 was Deskview, a window-mounted adjustable standing desk. Mike Bolos and Jason Grohowski came in representing the company and told the sharks that they were seeking an investment of $150,000 for 7.5% equity. Before we provide you with a Deskview update, let’s see if they were able to strike a deal.

Barbara Corcoran was definitely interested and wanted to hear about the company’s margins for the Deskview furniture attachment. The company manufactures a unit for about $80 and then sells the Deskview for about $250, depending on the exact variation. The problem for the sharks, however, was that the company had only sold 800 units since launch. 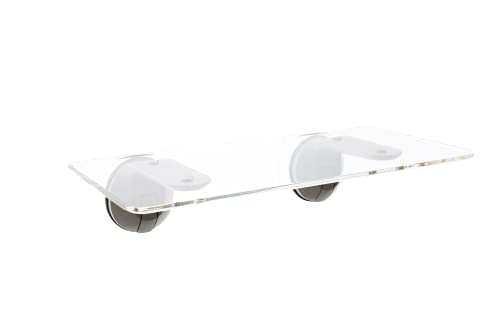 Jason and Mike ultimately decided to accept Kevin’s offer of $150,000 for 20% equity. In our Deskview update research, we found that the deal with Kevin did finalize after the episode aired and the money was used to develop a couple of additional variations and new products.

While the COVID pandemic harmed the company’s sales temporarily, Deskview did manage to generate about $2 million in sales during the 2021 calendar year and still has an active website. So, it looks like things are headed in the right direction for Deskview after .