Back in Season 8 Episode 5, Safe Grabs founder, Cyndi Lee, had a chance to tussle with the sharks and sell them on an opportunity to invest in her versatile kitchen silicone disks that she claims to have invented because of her inability to grow out of a childhood habit of burning her fingers after picking up hot dishes straight out of the microwave. Scroll down for a complete Safe Grabs update.

Proving that necessity is indeed the mother of invention, Cyndi Lee, who hails from Houston, Texas, created Safe Grabs to address a problem that she has always had. She created a versatile kitchen accessory that anyone can use for a variety of purposes. If you’re like her, you can use Safe Grabs as a towel substitute when getting hot dishes out of the microwave. Safe Grabs can also be used as a splatter guard, trivet, pot cover, and a gripper to open lids on jars! 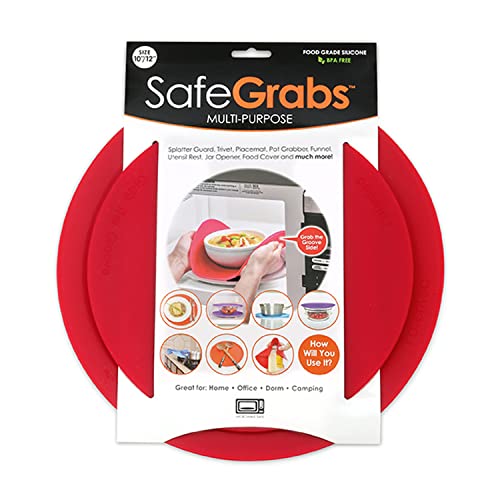 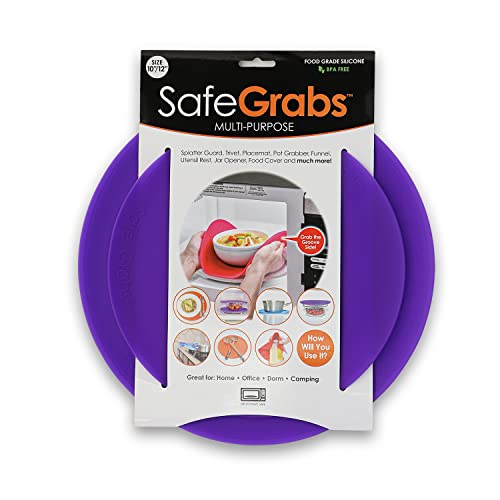 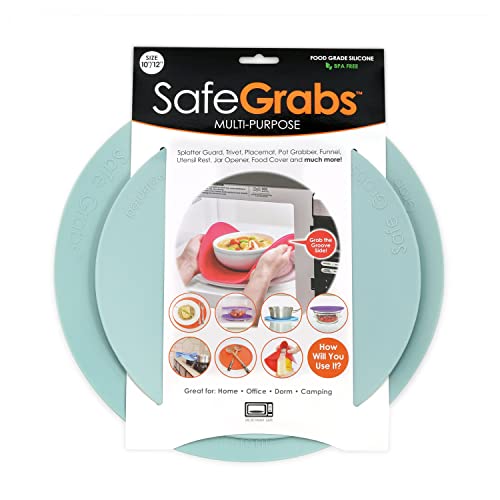 Heading into the , Cyndi Lee opened up her presentation by increasing her equity offer from 10% to 12%. Cyndi then took her time explaining to the five sharks exactly what Safe Grabs could do.

Soon after Cyndi handed out the samples, the sharks took no time chomping down on the nitty and gritty of Safe Grabs. All throughout her presentation, Cyndi appeared upbeat, enthusiastic, and professional. However, despite the 10-inch version selling for $12.85 and costing only $2.75 to make, Cyndi revealed that she was barely breaking even.

What made matters worse was Cyndi was also still in the process of patenting the flexibility of Safe Grabs. Although it was the only product of its kind made out of silicone on the market, there were already other similar products.

With that said, four out of five sharks dropped out in relatively quick succession. Mark Cuban reasoned that he felt like Safe Grabs lacked growth potential. Soon after, Barbara Corcoran also dropped out after agreeing with Mark’s sentiments. Meanwhile, Kevin O’Leary offered some advice about the packaging of Safe Grabs. He also added that the product would be great on QVC before backing out followed by Robert Herjavec, who threw praise at Cyndi before explaining that he just wasn’t personally interested in the product.

With four sharks out, it all boiled down to whether or not Lori was interested. Lucky for Cyndi, Safe Grabs did pique Lori’s curiosity. In particular, Lori believed that she could help Cyndi get Safe Grabs into large retail outlets like Target and Bed Bath and Beyond. She also explained how she was willing to provide the necessary funding for future purchase orders. But, she felt that she needed to ask for a 30% stake as compensation for the value that she could bring to Safe Grabs.

After going back and forth, Lori and Cyndi eventually agreed to a 25% equity deal for $75,000.

Fast forward today in our Safe Grabs update, and it seems like the other sharks were right. Lori and her connection with QVC made her the ideal shark for Safe Grabs. It didn’t take long after securing the deal for Cyndi to appear on QVC. She went on to sell more than $300,000 worth of silicone mats in 10 minutes.

A year later, Cyndi provided a Safe Grabs update in her return to . There she revealed that her partnership with Lori allowed her to generate $2.4 million in sales. She also revealed in her Safe Grabs update that the success of the company afforded her a better life.

Thanks to her Safe Grabs update, we found out that Cyndi no longer lives with her parents and she no longer has debt.

In the meantime, be sure to check out some of our other Season 8 Episode 5 company updates:

For more Season 8 company updates, be sure to check out our Season 8 products page.