Qball wireless mic was a ball that has an integrated microphone designed to be used in the classroom. The Qball can be tossed around and will not be damaged if it is dropped by a student or teacher. The thought of this product is, “if you have the ball, you have the floor.” Founder, Shane Cox, sees the possibilities the Qball has in the business sector as well. Do the sharks want in on the Season 9 business? Let’s find out in the Qball Update.

After Shane finished up his intro, the sharks see an issue with scaling this new product. When schools make the decision they want something, it takes a while for them to actually purchase it as they have several hoops to jump through. Because of this, Robert Herjavec dropped out. 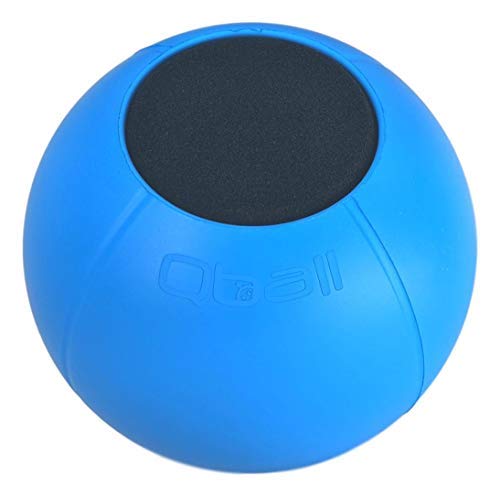 Lori Grenier sees this product as a replacement for the Polycom, as she has had struggles hearing others on conference calls. If those talking could use this ball, she won’t have to ask them to move closer to the Polycom anymore. After some discussions, Lori made an offer along with Mark Cuban and guest shark, Rohan Oza. Their offer was $200,000 for 30% equity.

Barbara was still in, but after getting the offer from three sharks, Shane was not interested in a deal with her. He countered the three sharks with $200,000 for 25%. They declined and they agreed on $200,000 for 30%.

Since , Qball has several new product variations they have introduced including ball covers, sanitizers, and different Qball bundles. On their website, they have also included grant resources to help teachers and schools fund this product.

At the time of this Qball update, there are many positive reviews of the product and it seems like many customers are happy with their purchase. It is also clear Shane took the advice of the sharks to market this in business as an entire part of their website is dedicated to the business space.

Sales have skyrocketed for Qball since . In two years, they were able to sell nearly $4 million worth of the product. That’s a pretty good Qball update if you ask us!