Adam McBride and Don Halpern were the last to enter Season 8 Episode 22. The two pitched Loctote, a theft-proof bag company, and asked for $150,000 for 5% equity. In a surprising turn of events, they secured a deal with Robert Herjavec. Find out more about how that happened in our pitch recap and Loctote update.

According to Adam and Don, LocTote is a soft but durable safety bag. It’s water-resistant, lockable, and most important of all, theft and slash-proof. Each bag costs $119, and the company also sells combination locks, as well as replacement drawstring ropes as well. Loctote describes its products as “stylish, attractive, and functional.” 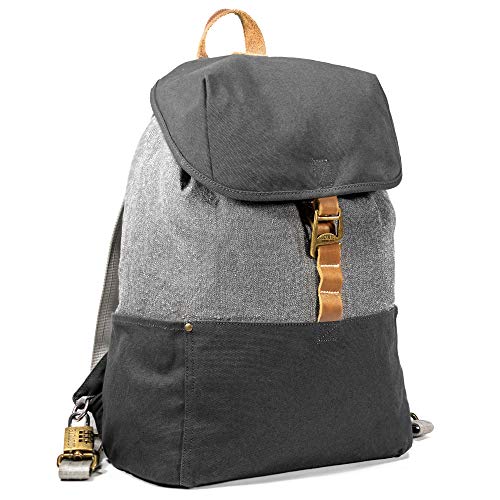 The sharks were initially impressed with the concept of the product. Unfortunately, they did not agree with the price point. Adam and Don added that they’d been able to get into Walmart by using a less-expensive fabric, enabling them to lower the price. At that point, Adam and Don revealed that they have done $1.4 million in sales.

Once their opening pitch was over, the sharks started coming in fast and strong with their criticism. Robert Herjavec and Daymond John didn’t see the application of the product in a casual setting so they went out. Mark Cuban followed because he didn’t think that the company could sustain itself in the long term. Lori Greiner pointed out that the price point was too high, so she went out as well.

The duo made two counters to Kevin’s offer. First, they lowered the equity ask to 5% with an option for Kevin to buy more equity at a $10 million valuation in the future. Second, they asked Kevin to lower his royalty so that it went away once he had recouped $150,000. But, at the last minute, Robert jumped back in to steal Adam and Don’s counter to Kevin, which they ultimately accepted.

Now, for our Loctote update. We have found out that LocTote has exploded in popularity ever since securing a deal with Robert and appearing on . The company now sells two different items—the Flak Sack Sport, which is a slimmer version of their bag, and the Flak Sack Coalition, which is a larger version.

The company has also expanded its product line to come in different designs and patterns to appeal to a wider audience. Although Loctote never got into big retailers, the product continues to sell well.

You can find the other company updates from Season 8 Episode 22 here:

Don’t forget to take a look at our Season 8 products page! We’ve got more company updates from Season 8.