Somnifix, a company that produces breathing strips for better sleep, came onto Season 10 of with the hopes of securing a deal with one of the sharks. The company came in asking for $500,000 in exchange for 10% of the company. Before we take a look at our Somnifix update, let’s see if a shark ultimately decided to make an offer and partner with the company for a deal.

The landed cost of a single box of mouth breathing strips is about $8, according to Nicholas. Somnifix manages to sell them for about twice as much. Nicholas is hopeful of improving the current 50% margins with the help of a shark.

Fortunately, a solution is here: SomniFix Strips gently hold the mouth closed to direct airflow through the nose, reducing snores, improving sleep, and improving compliance with CPAP and oral appliances. 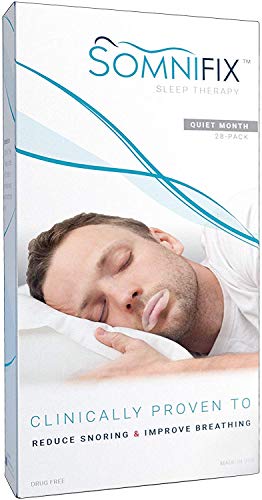 Since the Somnifix had only been in existence for about nine months at the time of the pitch, the sharks were happy to hear that Nicholas had already generated $350,000 in gross revenue. Nicholas also told the sharks that he and his own family had invested nearly $1.5 million in the business.

After four of the sharks decided to drop out, Mark Cuban was the last hope for Nicholas and Somnifix. He offered to invest the $500,000 dollars in exchange for 20% equity. Somnifix ultimately accepted and partnered with Mark Cuban.

Now that we know that Mark Cuban invested in the company, let’s see how it is doing now with our Somnifix update.

Unfortunately, Mark Cuban never finalized the deal with Somnifix, but the company has managed to grow and stay in business over the years. The official website for Somnifix is still updated regularly and the products can easily be found online on the website.

You can find the other company updates from Season 10 Episode 20 here: