Sina and Nina Farzin came onto Season 14 of with the hopes of raising $400,000 dollars. Nina and Sina told the sharks that in exchange for an investment, they would sell 5% of their company’s equity. The product that they have produced is designed to carefully clear the nose of a child or baby. Let’s see if the product is worth the investment to the sharks before we cover the Oogiebear update.

Nina told the sharks that the Oogiebear booger tool costs about $3 dollars per unit and sells up to a price point of $24.99. The product is specifically designed for children under the age of two years old. Kevin O’Leary wanted to know about Oogiebear’s sales.

Oogiebear's special rubber scoop and loop are gentle enough for sensitive little noses and ears and firm enough to clean quickly and effectively while the patented bearhead design ensures it never goes up too far. 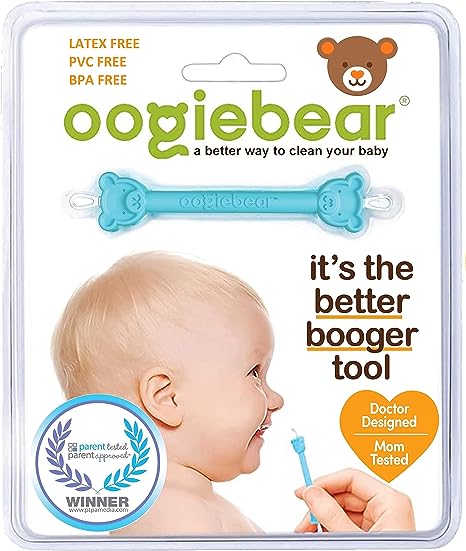 Nina shocked the sharks when she told them that she sold more than 1 million units. The company had generated more than $15 million dollars in gross revenue and is on target to reach a net profit of $1 million dollars during the current calendar year of 2022.

Kevin decided to offer $400,000 dollars in exchange for 10% equity. Daymond John decided to drop out because he didn’t feel like he could provide value to the entrepreneurs.

A lot of the company’s sales come from retail stores like Walmart. Sina and Nina admitted to the sharks that one of the major weaknesses of their brand was a lack of e-commerce sales through their official website. About 76% of the company’s entire revenue was generated through Amazon’s marketplace.

She offered the entrepreneurs half of their equity back if they didn’t reach certain metrics. Robert Herjavec teamed up with Barbara in her offer.

Sina and Nina had so many options on the table from the sharks.  They decided to accept the deal from Robert and Barbara, who had teamed up. The final offer was $600,000 dollars for 10% equity.

We don’t have any big news for our Oogiebear update right now, but the really exciting thing about the deal is that Barbara had pledged to sell half of her equity back if she didn’t boost the company’s performance significantly.

It seems like Nina and Sina are on the right track, and with adding Robert and Barbara to the team, things will likely only get better. In our next Oogiebear update, it’ll be interesting to see if they have expanded their line of products.

For now, you can buy your own Oogiebear on the company’s website or on Amazon.

Before you go, be sure to check out updates from the other companies featured in Season 14 Episode 1.

Don’t forget to check out our Season 14 products page too!