Kids drink too much sugar! Even juice is too sweet for kids to be drinking regularly. This is the problem that entrepreneur Ashi Kelinek has attempted to solve. Her vitamin-infused, sugar-free drink Kids Luv is delicious and nutritious. Will the sharks turn sour when they hear the numbers from this Season 11 pitch? Find out in our Kids Luv update!

Ashi Kelinek is a concerned mom. Sugar, she says, is everywhere. Even one glass of juice a day can add up. Over a year, this much sugar could result in 25 pounds of sugar! She illustrates this by dumping a bucket of sugar on her son. 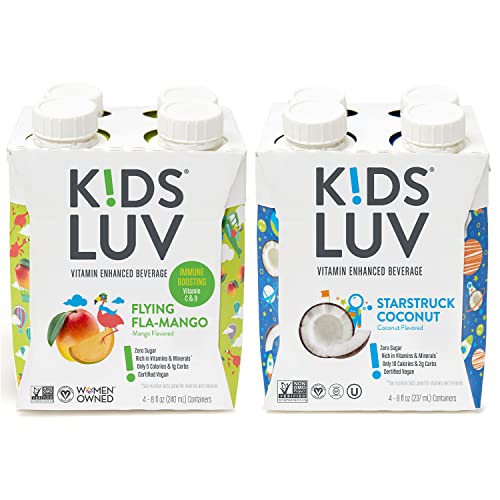 Kids Luv, a drink that she began attempting to formulate in her kitchen, would solve these problems by providing kids with a huge helping of vitamins and flavor without any sugar. She’s since found a professional formulator and created two tasty flavors, coconut and mango. The sharks love how the juice tastes!

However, Mark Cuban worries about the sweetness. The entrepreneur reveals that she uses an extremely small amount of stevia to mask the taste of the vitamins. Apparently, Mark can taste it.

Whatever worries the sharks have are amplified when Ashi begins to talk about her finances. She is a little bashful about her own investment, but she finally reveals that she’s put in about $200,000 of her own money to fund the product. She’s also raised $1 million on a convertible note from friends and family.

But here’s the part that makes the sharks less than impressed: since February 2018, they’ve only done $55,000 in sales. Plus, Ashi only has $50,000 left in the bank after those investments. She says she spent most of her money on licensing, trademarking protection, and regulatory costs.

Barbara Corcoran drops out immediately after hearing this. She says that licensing and all of the other things she’s spent money on are less important than the product, and her money was spent poorly. She encourages the other sharks to drop out.

Mark is next, saying that Ashi hasn’t tested the product. Marketing doesn’t equate to sales, and she isn’t doing enough to get those sales. He’s out. Kevin O’Leary is out as well, stating that there aren’t enough sales to know if the product will do well.

Robert Herjavec and Lori Greiner are the only sharks left. Robert says the cash is a major problem for him, and the fact that she spent so much so quickly is a red flag for him. He drops out.

Lori says she’s made the same mistakes as this entrepreneur, but she’s definitely not ready to go down that road again. Because of the cash problem, she’s out as well. Unfortunately, Kids Luv walked out of the without a deal.

How is the company doing now? Keep reading our Kids Luv update to find out!

It turns out that Kids Luv has actually done extremely well for itself! Though the pandemic initially put a damper on production, that didn’t stop Ashi. She added a new flavor: Peach Me, I’m Orange!

During our research for our Kids Luv update, we found that Kids Luv can now be found in several major retailers, including Walmart, Target, Thrive, and Amazon in addition to its website. Annual revenue is reported to be around $5 million yearly.

You can find the other company updates from Season 11 Episode 15 here: