Josh and Jeff Cohen came onto to showcase their unique design of guitars. They have redesigned the traditional method for producing a guitar by creating a patented design that allows them to fold into a portable shape without falling out of tune. The biggest concern for the sharks was that Voyage Air Guitar was seeking $500,000 dollars for just 5% equity. Let’s see if the company is able to secure a deal before we give you the Voyage Air Guitar update.

After selling about 800 guitars and generating $400,000 dollars in revenue, Josh and Jeff admitted that Voyage Air Guitar was cashflow negative. The sharks believed that they shouldn’t be trying to build a guitar company, but rather sell the patented piece of equipment to other guitar manufacturers and collect a royalty from them.

Every brand has a top of the line. For Voyage Air Guitar, that is the VAOM-3DLX, a model like its partner, the VAOM-3C, without the cutaway, is ready to hit the stage! This instrument is both a strummer and a fingerstyle players dream. Featuring a slightly wider 1-3/4″ fretboard that makes it easy to play fast, intricate passages. The VAOM-3DLX is a full-size traditional “OM” style guitar crafted of the finest tonewoods: Solid Ovangkol for the back and sides, Solid Sitka Spruce for the top, and Solid African Mahogany for the neck, along with a solid Laurel fretboard. The hand carved Ovangkol back and sides make for a deep and articulated resonance to the tone, and the Solid Sitka Spruce top brings on soaring sustain, clarity of tone and harmonics. 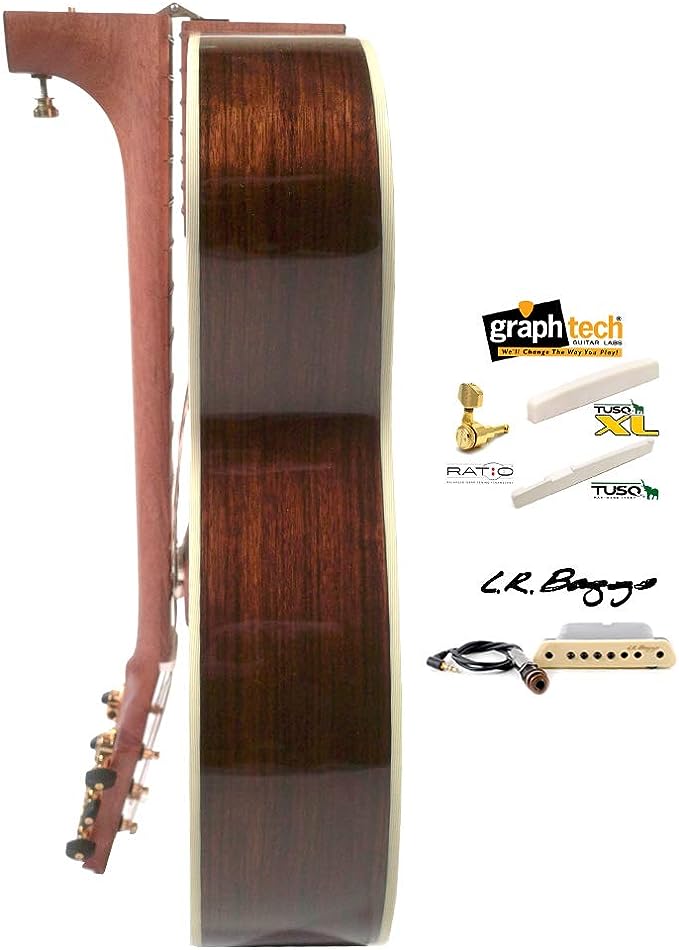 Kevin O’Leary decided to offer $500,000 dollars for 51% of the patent. Kevin Harrington decided to team up and offered to bring the product onto television in front of millions of people. Josh and Jeff could not accept a deal that gave away 51% of their company or the patent, so they respectfully declined.

Unfortunately, none of the other sharks were interested in making an offer, and Josh and Jeff left without a deal.

Now that we understand how the negotiations on concluded, let’s fast forward to the present day and take a look at a Voyage Air Guitar update after .

Voyage Air Guitar is still operating and in business since airing on the show. The guitar is sold in more than 200 retail locations, as well as online through its website. It turned out that Kevin O’Leary eventually decided to partner with Voyage Air Guitar and help them establish an agreement with Fender.

Fender is an iconic guitar manufacturing brand that helped boost Voyage Air Guitar to new levels of success. The company continues to operate with millions of dollars in gross revenue sales every single year. So, while things didn’t work out at first, our Voyage Air Guitar update ended up having some great news!

For more on Season 1 Episode 3, check out the links below:

To see updates from the other companies in Season 1, be sure to check out our Season 1 products page.