Fizzics appeared on on September 23, 2016. Founders Philip Petracca and David McDonald left the tank with a deal from Mark Cuban and Lori Greiner of $2,000,000 for 16.67% equity. Here’s a quick recap of everything that happened during the home beer dispenser pitch as well as news on a Fizzics update after .

The Fizzics Home Beer Dispenser appeared on Season 8 Episode 1. Founders Philip Petracca and David McDonald pitched their product to the sharks, which aims to make every beer taste like it’s straight from the tap. Fizzics does this by using sound wave technology to imitate a tap beer experience. 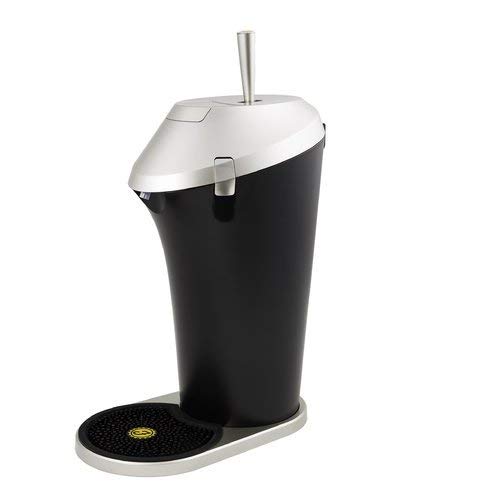 When it appeared on , Fizzics had only been shipping its product for eight months and had already amassed $3.2 million in sales, and will profit $220,000. Further, each Fizzics machine costs just over $35 to make and retailed for $199. Additionally, Phillip and David shared that they are getting ready to launch a new product, Waytap, which is a smaller, cheaper version of the machine that will work with canned beer.

All of this was enough to interest the sharks, and Philip and David found themselves with a few different offers. Mark Cuban and Lori Greiner teamed up, offering $800,000 for 10% equity, and both Philip and David liked the idea of having two sharks on board. They countered back at $2,000,000 for 16.67% equity, which Mark and Lori accepted.

In terms of a Fizzics update after , the company has had a bit of a rough time and had to file for Chapter 11 bankruptcy. However, as of April 2020, Fizzics completed a debt restructuring process and is back in business. Further, it looks like Fizzics was able to launch its second product as well and is calling it DraftPour. It’s unclear if Mark Cuban and Lori Greiner are still involved with the company.

Further, it seems that David McDonald is still involved in the business but not day to day operations while Philip Petracca has parted ways to open a new company, Colts Neck Brewery.

For more Season 8 Episode 1 product updates, be sure to check the links below:

For more products update, be sure to check out our Season 8 Products page.