Steven Epstein came onto to try and get an investment of $500,000 from one of the five sharks for his bottle-emptying product, Flip-It! Cap. While he was willing to sell 10% of his company in exchange for the investment, he would certainly have to convince the sharks that his company was worth an imputed valuation of $5 million. Let’s see if Steve was able to secure a deal before we take a look at our Flip-It! Cap update.

The sharks wanted to hear about the company’s sales numbers. Steven told the sharks that his company has $2.5 million in lifetime sales over the course of four years. His company’s first year did just under $200,000 dollars. 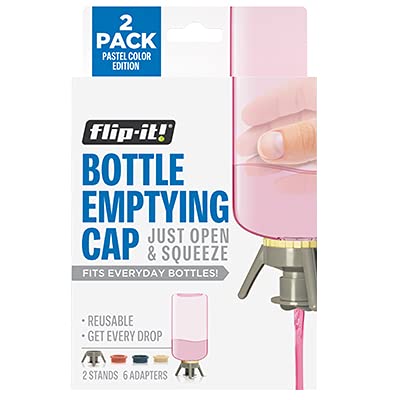 The second year was much better, generating $650,000, followed by the third year where Flip-It! Cap managed to generate $740,000 dollars in gross revenue sales. He reluctantly told the sharks that his product had already been featured on QVC on 65 different occasions.

Manufacturing a single unit costs just under $1, according to Steven. A single unit can be purchased on the official website for $6 dollars. The real problems began when Steven suggested that margins were his company’s problem, while the sharks believed that stagnant sales numbers were a bigger concern.

As the sharks began to understand the full story of Steven’s company, Kevin O’Leary decided that he was going to be the first shark to drop out. It didn’t take long for other sharks to follow his lead. Mark Cuban dropped out and so did guest shark, Rohan Oza. The remaining sharks also believed the product was in decline and decided not to make an offer.

While Steven wasn’t able to earn an investment from any of the five sharks, let’s get a Flip-It! Cap update to see how the company has been doing since it showed up on .

It turns out that Steven’s product has continued to show up on QVC and it can still be purchased online on Amazon. Estimates suggest that the company is generating just under $1 million in revenue per year.

You can find the other company updates from Season 10 Episode 19 here: