Ever had trouble unbuckling your grandkids’ car seats? You’re not alone. Grandparents and parents with bad hands often have issues with tough buckles. That’s where Unbuckle Me comes in. Mother-daughter duo Barb Heilman and Becca Davison brought this simple device to the tank in Season 11. How did their deal pan out? We’ll talk about it in our Unbuckle Me update.

Unbuckle Me is a device that reduced the force required to unbuckle a car seat by about 50%. This is great for car lines, grandparents, and people with bad hands. Similarly, kids in school car lines may even be able to unbuckle themselves, which makes the process move faster. 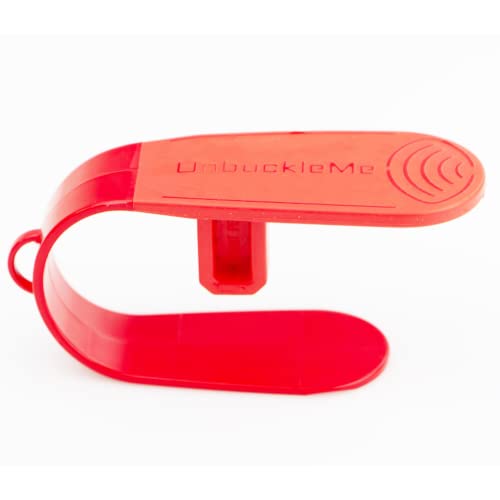 Mother-daughter team Barb Heilman and Becca Davison delivered a great pitch and demonstration about the product. In the year of filming, Unbuckle Me had about $200,000 in year-to-date sales.

Kevin O’Leary was the first to make an offer. He said they needed great social media, and offered $100,000 with a $1/unit royalty (in perpetuity) for 7% equity. Guest shark Anne Wojcicki also offered up her social media presence and offered to go in on a deal with Kevin. They would split the royalty 50/50.

That’s when Mark Cuban and Lori Greiner stepped in with a deal: $100,000 for 20% equity split between them.

Finally, Daymond John offered $100,000 for 15% with no royalty. Barb and Becca countered Mark and Lori for 15% equity, but they refused. Barb and Becca accepted Lori and Mark’s deal anyway. How did it work out? Find out in the rest of our Unbuckle Me update.

Unfortunately, our Unbuckle Me update research revealed that the deal with Mark and Lori didn’t pan out. However, Unbuckle Me is still looking great, with more than $600,000 in annual sales despite inventory issues during the pandemic.

Curious about the other products from Season 11 Episode 21? Find them here:

Before you go, take a look at our other company updates for Season 11. You can find them on our Season 11 products page.