First into the Season 8 Episode 20 was Brandon Zavala of Apollo Peak. He sought $100,000 in investment in exchange for 10% equity. He ultimately walked out with $100,000 from Mr. Wonderful himself and gave up 20% equity to secure the deal. If this has left you wanting an Apollo Peak Pet Wine update, don’t worry, we’ve got you covered.

Have you always wanted to have a drink with your furry friend? Being that they’re man’s best friends, it would be nice to share a glass or two with fido. Unfortunately, alcohol is toxic to pets. However, Brandon solved this problem with Apollo Peak, which sells a series of pet-friendly wines for both dogs and cats. The product’s website describes the wines as something “designed to help bridge the social divide between humans and their pets.” 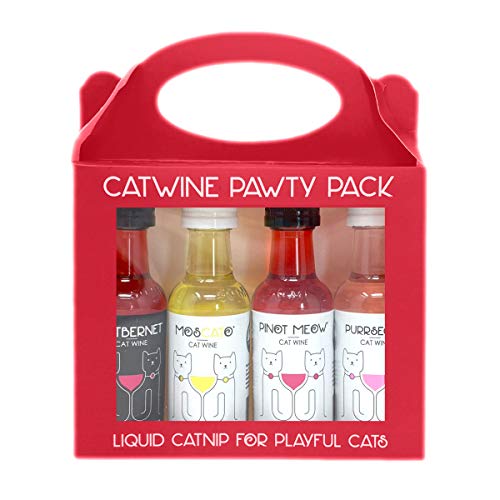 As soon as Brandon was finished with his presentation, he was bombarded with questions about his product. Kevin O’Leary, for example, wondered why the cat that he brought was not drinking the wine. Meanwhile, Robert Herjavec questioned if this was all just a gimmick. While Brandon did say that they were a gimmick from the start, the company has since expanded and is serious with its sales.

According to Brandon, pet beverage is a unique niche that’s ripe for the taking. He explains that Apollo Peak sold $192,000 worth of products in the three months before his presentation.

As the wine guy of the group, Kevin pointed out just how expensive the pet wine was. Mark Cuban then went out as he did not want to get into the pet beverage industry. Lori Greiner followed him soon after. Robert didn’t take long to bow out, saying that he didn’t see the business as sustainable.

With only Kevin and Daymond John left, the former was the first to offer a deal for $100,000 for 33.3% equity. Daymond countered with an offer of $100,000 for 25%, which Brandon countered by offering 15% for either one of them. Eventually, Brandon stuck a deal with Kevin after finding a common ground at 20% equity.

Unfortunately, when doing our research for the Apollo Peak update, we found out that the deal with Kevin never materialized.

However, our Apollo Peak update is not all bad news. We also discovered that Brandon’s company is still in operation today. A year after appearing on , Brandon started expanding his product line to offer dog wine with a chicken broth base. Apollo Peak eventually branched off to selling plush toys and chew toys as well.

According to the most recent market estimates, Apollo Peak makes estimated earnings of at least $500,000 a year.

Look below for more company updates from Season 8 Episode 20:

Before you go, check out our other company updates from Shark Tan Season 8 on our Season 8 products page.