Chocolate milk tastes great, but it’s not good for you. Manny Lubin and Josh Belinsky brought their healthier, high-protein chocolate milk alternative to the tank in Season 11. The product got a lukewarm reception from the sharks, however. How did it all go down? Keep reading our Slate Chocolate Milk update and research to find out.

The entrepreneurs gave a great presentation, but the sharks were less than impressed when they tasted the product. This low sugar, high-protein, lactose-free canned chocolate milk came in several flavors, but none of them were very appealing. The extremely high valuation didn’t sit well with the sharks, either. 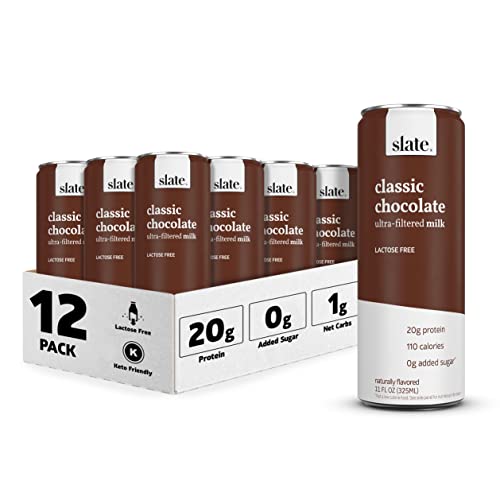 To top it all off, Slate Chocolate Milk had no revenue, as they were still in the pre-sale stage.

Lori Greiner bowed out because it was too early for her. Kevin O’Leary hated the taste and didn’t think it could go to market as it was and dropped out.  Barbara Corcoran dropped out because of the lack of sales and no proof of concept on top of the crazy valuation.

Before you go, check out our other company updates from Season 11 Episode 23 here:

Don’t forget to stop by our Season 11 products page to find our other company updates from Season 11.