Athletic tape has been the same for years, but entrepreneur Seneca Hampton found a way to innovate. His sports and athletic tape company, Hampton Adams, uses a special adhesive that stays put. It’s also very easy to tear! Will the sharks tear off a piece of this deal during the Season 13 pitch? We’ll tell you how it all went down in our Hampton Adams update.

Seneca’s sports tapes and wraps had $12.2 million in lifetime sales, with $5 million of that in the last year. The secret, he said, is the adhesive—no one used it quite the same way. However, he reveals that he is reordering every month to fund the next month’s purchase orders. 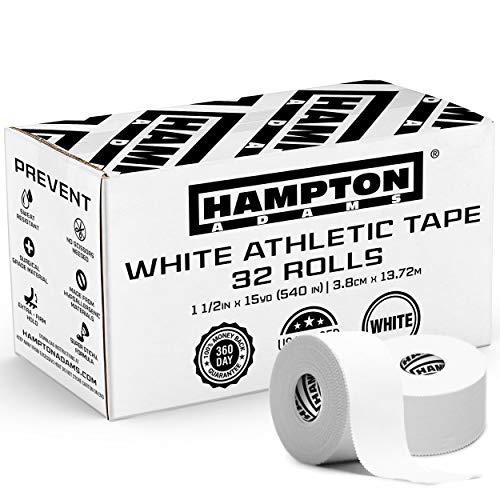 Robert Herjavec and Mark Cuban tell Seneca that it’s time to sell—he’s had success, and now he’s in an unbreakable cycle. Seneca has received offers to sell the business, and Robert and Mark tell him to sell. Robert didn’t want to invest because it’s time to sell, in his opinion, so he went out.

Mark loves the business, but the wheel of funds makes it uninvestable to him. He dropped out, and Lori Greiner followed. Barbara Corcoran was the next out, but she left Seneca with encouraging words about his success.

Kevin O’Leary was the last shark remaining. He offered $500,000 plus $1 per unit until he made $1.5 million, plus a 10% equity stake. Robert and Mark cautioned Seneca against the deal. As a result, Seneca passed on Kevin’s offer and left without a deal. Did he end up selling the business? We’ll try to find out in our Hampton Adams update.

It appears that Hampton Adams is still going strong, and it’s unclear if Seneca has sold the business yet. However, we’ll keep checking up to see how this company is doing.

If you’re curious about how the rest of the episode went, you can check out our other company updates from Season 13 Episode 21 below:

Before you go, take a look at our other company updates from Season 13 on our Season 13 products page.