Dancers are just one of the many groups that could benefit from more supportive socks. Kaycee Jones and Brianne Zborowski are both dancers suffering from foot injuries. Together, they created Apolla Performance—supportive compression socks with comfort pads for all types of dancers. Read more about how the sharks felt about the Season 13 company in our Apolla Performance update.

Apolla Performance blends support and compression to provide pain-free wear for dancers and those with foot injuries. Kaycee and Brianne gave a great pitch about their socks that left the sharks impressed. 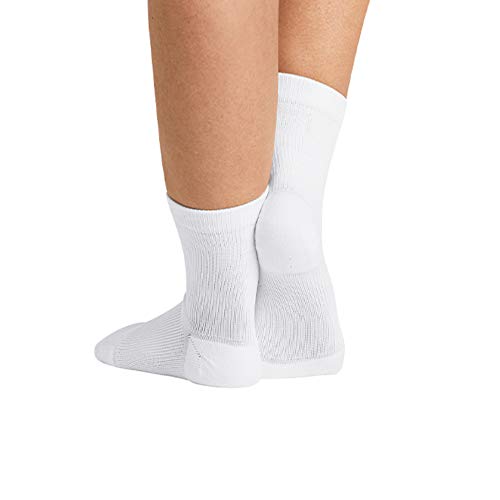 It turned out that Apolla Performance had $4.1 million in lifetime sales and $800,000 in sales during the year of filming. The company was growing, but the price point baffled the sharks. Most pairs on its website retailed for between $32 and $40 per pair.

Kevin O’Leary was the first to go out. It wasn’t for him, and the retail cost was too pricey. Mark Cuban followed. Despite having a background in dance himself, he couldn’t justify selling at $40 per pair.

Robert Herjavec remarked that he didn’t know why the socks weren’t viral. They felt amazing, and Kaycee and Brianne explained that the socks were viral within the dance community. Regardless, it wasn’t for him. Robert went out.

Guest shark Emma Grede didn’t like how the company was growing. She wanted to see rapid growth, and without that, she didn’t want to invest and dropped out.

Lori Greiner was the last remaining shark. She loved the socks and made an offer of $300,000 for 25% equity. Kaycee and Brianne counteroffered for 20% equity, but Lori refused. Regardless, they accepted Lori’s original deal. Let’s see how it’s going in our Apolla Performance update!

After appearing on , Apolla blew up! Within just a few days, they sold out of most of its sock styles in most colors. Our Apolla Performance update research showed that these socks have a ton of testimonials, and users everywhere love them. We’re sure it’s only going to get better!

You can find the other company updates from Season 13 Episode 18 here:

Curious about the other companies from Season 13? You can check out our company updates on the Season 13 products page.