Potty training your kids can be a rollercoaster. Some kids get it right away, and others take a little more convincing. For those kids, Mindy and Brandon Wright created Lil Advents and pitched it during Season 13. It’s an advent calendar that rewards kids for going to the bathroom on their own and creates a buzz around potty time. Will the sharks see the value in this potty-training tool? We’ll explain how it all went down and what they’re up to now in our Lil Advents update.

Lil Advents’ Potty Time ADVENTures featured various options, progressive difficulty, and a short potty training curve for most kids. Their cute pitch led to some impressive numbers, with $320,000 in year-to-date sales. Mindy and Brandon previously launched an 8 million dollar business but needed money to get to retail. 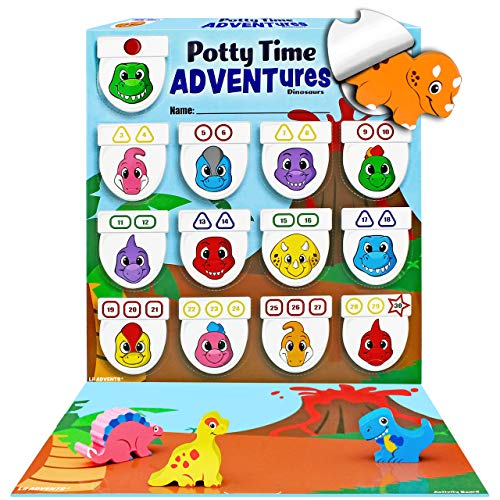 They also revealed that they had licensing deals with Hasbro for popular children’s’ characters.

Mark Cuban was the first to drop out. He said his potty training days were behind him. Daymond John just didn’t get it, so he was out, too.

Kevin O’Leary didn’t like their plan to go to retail. Since he hated the business plan, he was out as well. Lori Greiner followed because the product lacked the mass market appeal she appreciated. This left Robert Herjavec.

Unfortunately, Robert couldn’t get to the point where he’d want to invest. As a result, Lil Advents left the tank without a deal. How are they doing now? Find out in the rest of our Lil Advents update.

What about the other company updates from Season 13 Episode 20? You can find them below:

For more of our company updates from Season 13, check out our Season 13 products page.